BTS announced that they will be releasing a series of vlogs through 'BTS_VLOG' for the next seven weekends. Each member's colorful daily life will be featured every week.

The series kicks off with a comfy 'Drive Vlog' with Kim Taehyung, aka V, lasting for 52 minutes.

In the video, Taehyung is seen driving around the city and sharing songs without a set destination in mind. He made random stops at his dentist, getting food, playing golf, and just relaxing at different places.

Let's check out some highlights from the vlog:

Taehyung's music playlist showed off his eclectic taste in music. Aside from playing mainstream artists like Lizzo, The Weeknd, and Justin Bieber, he also played old classic songs from Bing Crosby and Etta James and some orchestral music. He also got a shoutout from Lizzo herself.

Taehyung found a hut near the sea and spent some time appreciating nature. The scene looked idyllic and straight out of a movie.

Our golf prodigy took the opportunity to indulge in his new sports hobby, and he visited an indoor golf facility.

After complaining about a tooth problem, Taehyung made a quick visit to his dentist. He shared many people's sentiments and confessed that dentists were scary.

He revealed new info about his upcoming album, including his plan to explore various genres. Taehyung also revealed he has been meeting with directors and discussing ideas for his upcoming music videos.

In a trending post under the Hot Category on theQoo, netizens shared their love for V's adorable and comfy vlog:

5. I was so happy while watching it ㅜㅜ

7. Wow, I really like the vlog ㅠㅠㅠㅠㅠ Just looking at his face makes me happy, but his voice is full of aegyo ㅠㅜㅜ

9. His voice is so cute and his face is so handsome.

10. Please do vlogs every day ㅠㅠㅠㅠ 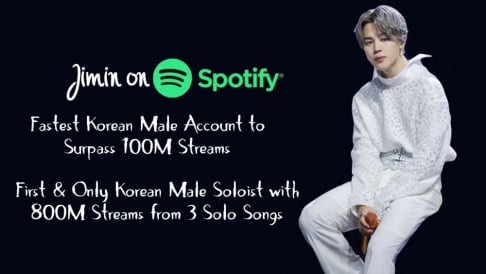 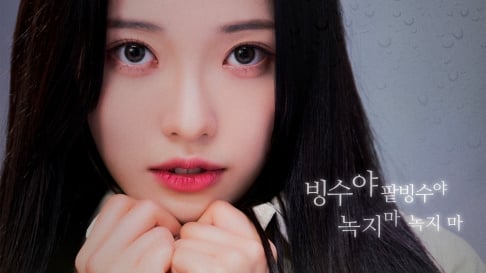 Taehyung is my serotonin! Love him so much!

Kim Taehyung singing along to an eclectic

prince is absolute nirvana! I hope this isn’t his last driving VLOG! If he sings “Travel with me, don’t you want to get away…” my answer would be “YES, with you anytime!”

There is already 1M likes!

LOONA’s Yeojin raises concern after claiming she hasn’t been paid since her debut
4 hours ago   33   10,947

MAMAMOO's Wheein updates concerned fans about her health condition after news of her eye injury
4 hours ago   10   4,316

"We love you Taehyung" trends on Twitter as fans flood social media with their displeasure over unfair treatment
5 hours ago   16   13,391

NMIXX's Sullyoon stuns the web for her flawless snapshots taken by a photojournalist
3 hours ago   10   3,068

TXT's Taehyun talks about his love for BLACKPINK's "BORN PINK" album and reveals his favorite song
5 hours ago   11   3,598

Kim Taehyung shares he got his friendship tattoo on his left butt cheek
34 minutes ago   5   2,579

#BlinksCyberBullying trends on Twitter as K-pop fans call out the toxic fans for constant cyber bullying and doxxing
18 hours ago   166   31,393

Social media post of parents burning all of their daughters K-pop merchandise goes viral
2 days ago   142   229,814