Welcome back to another week of MBTI's, also known as the Myers-Briggs Test Indicator, which is a method to determine your personality! This test has been extremely popular amongst South Koreans, and it has become a conversation starter for many people. The popularity is similar to horoscopes in the U.S, and over the course of a few weeks, we've checked out personalities such as ISFP(Adventurer), INFP(Mediator), and ENFJ(protagonist).

Today, we will be taking a deeper look at the ESTP (Extroverted, Sensing, Thinking, Perceiving) personality, also nicknamed the "entrepreneur."

An ESTP personality is...

According to MBTIonline.com, ESTP personalities are "logical problem solvers and fast thinkers. Thisoutgoing, energetic personality type loves using common sense to find smarter ways of doing things, and they are the definition of inventive and resourceful. ESTPs are natural risk-takers, and while they are dedicated to whatever they’re working on, they don’t like to be micro-managed or told what to do."

TMI: Before we take a look any further, former president Donald J. Trump is an ESTP personality!

And now, let's take a look at common characteristic traits by an ordinary Korean ESTP!

Yellow - Not the worst, but not preferred either

Green - Has potential in becoming a very good friendship

Blue - MEANT TO BE BFF's

Fortunately, ESTPs look like they get along with a good majority of the people. Some personalities they should avoid are INFP, ENFP, INFJ, and ENFJ. Their best friends would be ISFP or ISTJ, and everyone else would be somewhat OK as long as they don't cause too much trouble.

Now, let's take a look and see which celebrities obtain an INFP personality!

What did you think of this list? Does your bias belong on the list? Share with us your results in the comments below, and let us know which personality you would like for us to discuss next!

My problem with this "test" is that I can't take it...I am, at the same time, an introvert at times and an extrovert at others, I am annoyingly calm in many situations and yet really vulcanic in others. This test needs improvements, beside many idols lie about their personalities anyway.

"The original and new legends," Fans looking forward to both Girls' Generation and BLACKPINK making their respective comebacks in August
10 hours ago   52   11,288 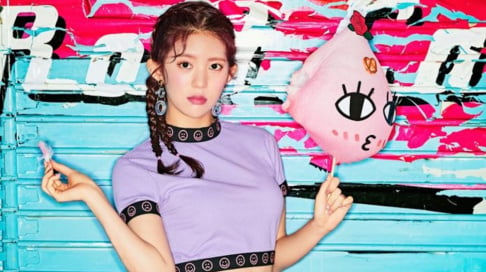 "The original and new legends," Fans looking forward to both Girls' Generation and BLACKPINK making their respective comebacks in August
10 hours ago   52   11,288

Dispatch reveals the results of their investigation into Nam Joo Hyuk's bullying scandal after interviewing 18 classmates and 2 teachers from his high school
2 days ago   110   105,796

The minister of Culture, Sports and Tourism says that this is the most important factor if BTS gets a military exemption or not
1 day ago   45   20,452