Depending on where you are, today is either the last day of 2021 or the first day of 2022; it's, therefore, apt that we welcome the new year with a revisit of an important date in the life of one extremely talented artist in the industry, j-hope.

24 December 2021 marked 11 years since j-hope entered the dorms, and over those 11 years, he has established himself as a talented artist with admirable caliber, vision, and artistry. Among his most distinctive traits as an artist, is his refinement of the art of the live stage to a level that has become the standard, presenting only the best to his audience. To celebrate our 11 years with j-hope, here are 11 worthy mentions of his live stage mastery:

1. Mic Technique: j-hope is impressive in his mic technique mastery, something many may miss or overlook. The way he handles his mic when he performs is one of many reasons why he consistently sounds very stable on live stages. Not one to miss details, he even ensures that he incorporates a simulation of mic handling in his rehearsals. Watch him closely in this 'Mic Drop' (MAMA) dance practice.

2. Eye Contact: j-hope is a master at connecting with his massive audience on grand-scale live stages, and he does so brilliantly with his gaze that can go from inviting to enigmatic to intense. Given the location and distance of a live audience from the stage, j-hope's ability to connect with his eyes ensures his audience is completely taken in by his magnetism.

3. Stage Business: Another thing that makes j-hope a master of live stages is how he absolutely knows the impact a movement or a gesture can create, no matter how subtle, and he uses them to full and great effect, for instance, how he gestures with his hands or how he walks across the stage. In performance, he mesmerizes with his talents, but the secret to his draw on stage is how he is able to be equally magnetic even when he is not dancing, rapping, or singing.

4. Charm: j-hope is a natural at witty banter with his audience, but it is his iconic catchphrase that deserves mention. He cleverly uses the call and response technique with his audience when he introduces himself. This brief interaction has become a signature of his introduction and is a brilliant personal touch that enables him to connect with his live audience from the get-go.

5. Charisma: Another quality that j-hope has is charisma, which draws his audience into his magnetic performance. He invites them not only with the sets he performs but with his voice, his demeanor, his stance, and entire presence on stage. Memorable stages such as 'No More Dream,' 'Cypher' series, 'Come Back Home,' 'Boy Meets Evil' and the one and only 'Outro: Tear' are some classic examples of the j-hope charisma.

6. Composure: Live stages are dynamic, and anything and everything can go wrong without warning, but j-hope has mastered the ability to keep his cool under intense and unexpected pressure. An oft-cited example of this is the incident at the 2016 Asia Artist Award. j-hope's in-ear monitor loosened itself from its secure, but instead of panicking, he coolly adapted to the situation and maneuvered his way around it to fix it, all while having to dance his feature in the set.

7. Awareness: j-hope also never lets surprises throw him off. During the 'Black Swan' showcase at The Late Late Show with Corden, he was quick to assess an imminent accident due to the tight space on stage. This acute awareness to anticipate such things happening, along with his resilience, prepared him mentally because, despite the immense pain, he was able to endure and overcome it, to see the performance through.

8. Authenticity: The ability to be larger than life is expected of any live performer, but the challenge is in keeping the performance and themselves accessible and relatable to their audience. j-hope though, can keep a delicate balance of being authentic and sincere yet immensely passionate in his live stages and especially in the face of technical faults, as seen in his Japan stage for 'Mama.'

9. Expressiveness: j-hope is adept at controlling and switching between subtle facial expressions and body language, and grand movements; he neither hits too hard nor does he oversell when he has to emote, which is why he is an absolute vision and an inspiration to watch on live stages.

10. Professionalism: An observation about j-hope that comes up every so often, even among BTS staff and members, is that j-hope is the consummate professional. Concert director Kevin Kim Sangwook of Plan A, who authored 'A Show Director's Logbook in K-pop Wave: From Clubs to Wembley Stadium, Directing Notes on K-pop Shows' has observed first-hand j-hope's genius and professionalism while rehearsing for his ‘Just Dance’ solo live stage. Director Kim attributes the group’s success to j-hope's quiet charisma in his final comments in the book:

'Hoseok, whenever things get hectic and loud during the waiting room thank you for shouting 'The director is here, members please gather around' and setting the mood for the meeting. I’m sure that one of the big reasons that BTS is able to do well is because of Hoseok’s position as the quiet and charismatic.’

11. Dedication: j-hope works very hard; he does not rely on his talents alone, and while he could choose to mentally slip in and out of a performance given the mentally and physically demanding nature of live stages, his dedication and integrity will never let him. Here are some of his inspiring words of wisdom that offer a peek into how he manages to do so:

"The next attempt may not be perfect, but the second is better than the first, and the third is even better than the second. That is the moment I decide: I’m glad I chose not to give up..." - from 'Dear Class of 2020' Commencement Speech.

"You are the leader of your own life." - from 'Dear Class of 2020' Commencement Speech.

"You're trying something new. That in itself is a reflection that you're going in a good direction." - from 'In The Soop' (2020)

j-hope has grown so much over the 11 years to become the consummate artist and performer he is. His multiple individual achievements, such as his 119 KOMCA credits (to date), the accolades he has received from experts the world over for his exquisite talent in dance, the records he has achieved with his mixtape, 'Hope World' and his globally-recognized single, 'Chicken Noodle Soup,' are testaments to his talent, artistry, vision and above all, his admirable character. It has been a great 11 years with j-hope, and surely many are looking forward to more years with him achieving more success, longevity, and distinction. 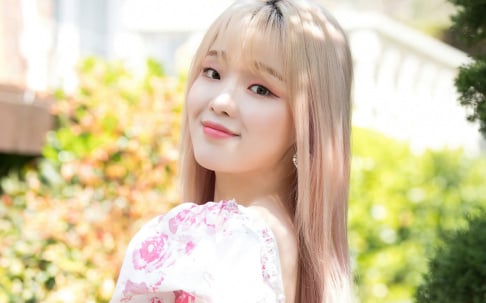 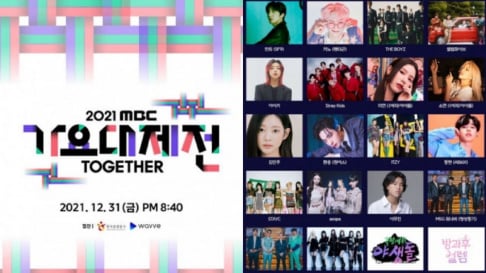 I saw BTS PTD LA on stage a month ago, and though j-hope didn't get as much camera time as the other members (5 minutes in total), he stole the show with his expressions and dancing. I left with him as my bias

J-HOPE's performances give me chills! Examples are all his parts in Mic Drop and Airplane pt.2. He raps in the pocket and his moves are always on beat. It's like he becomes the music, or vice versa, the music possesses him.

#BlinksCyberBullying trends on Twitter as K-pop fans call out the toxic fans for constant cyber bullying and doxxing
2 hours ago   52   10,792

Kim Taehyung's impressive performance for 'Yet To Come (Hyundai Version)' gets compared to a musical
9 hours ago   16   12,027

Social media post of parents burning all of their daughters K-pop merchandise goes viral
1 day ago   128   204,038

#BlinksCyberBullying trends on Twitter as K-pop fans call out the toxic fans for constant cyber bullying and doxxing
2 hours ago   52   10,792

BTS raises anticipation for upcoming 'Yet To Come' Busan concert with new poster
3 hours ago   1   1,313

Social media post of parents burning all of their daughters K-pop merchandise goes viral
1 day ago   128   204,038