Soyeon will be working alongside singer Ock Joo Hyun, Girls' Generation's Yuri, and choreographer Aiki as mentors to the female trainees on 'My Teenage Girl'. On this day, each of the mentors were asked to name the criteria by which they based their judging and mentoring.

Ock Joo Hyun commented, "I focussed on various factors including vocals, dance, and many other skills. However, it is hard to find someone who can do everything perfectly. So I am focussing on a contestant's potential for growth."

The youngest mentor of the lineup, (G)I-DLE's Soyeon, is also known as an audition program graduate. Regarding her views on the judging and mentoring criteria, Soyeon stated, "I also have experience being on a survival program, but I have since learned that the hardships that you face as a celebrity are often times more difficult to endure than the ones you face on a survival show. I believe that the kinds of hardships you face during a competition are good experiences for when you come out into the real society. So for me, it's important to see how someone endures one's trials."

Meanwhile, MBC's 'My Teenage Girl' is slated to premiere next week on November 28 at 8:20 PM KST. A total of 83 female contestants will be competing for a spot in a global project girl group.

Soyeon is a BEAST. No girl idol ever can produce all title tracks and almost all songs of their group, not just 1-2 bside song.

It's really great for all the contestants that Soyeon is there for helping they. She has a great story overcome survival shows and creating her on path on the industry. Not only that but she's an exceptional artists that there's no weakness when it comes to an idol. I'm really proud of her!

Netizens feel bad as BLACKPINK's Jennie continues to get terrorized on Instagram after BTS's V accidentally followed her
9 hours ago   219   54,003

Singer/actress Nana renews her contract with Pledis Entertainment for the third time
5 hours ago   8   7,115 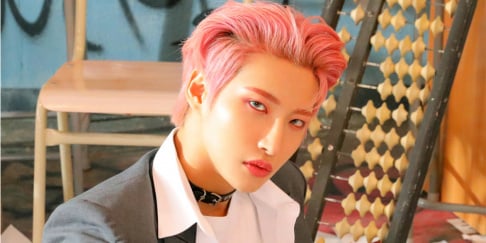 Netizens feel bad as BLACKPINK's Jennie continues to get terrorized on Instagram after BTS's V accidentally followed her
9 hours ago   219   54,003