With the development of social media platforms and video streaming sites, many musical artists have taken to these platforms to promote their new music and also share behind-the-scene videos.

Many K-pop artists, if not all, have created YouTube channels for the group where they share various videos to connect with fans. In addition to their album sales, YouTube has become another medium for these groups to increase their earnings. Since these K-pop group YouTube channels garnering millions of views and millions of subscribers, it is only natural that netizens wonder about the monetary gains these groups get through these YouTube channels.

Recently, one netizen shared Forbes Korea's list of the highest earning K-pop YouTube channels along with the estimated yearly earnings that the channel brings for the group.

As expected, BTS's YouTube channel 'Bangtan TV' where the group shared various content, including their dance practice videos and behind-the-scenes clips, came in at number 1 place. The channel has 57 million subscribers making 19.9 billion KRW (~ 17.1 million USD) per year for the K-pop act. This is only expected for the globally popular boy group that is one of the biggest influences in the K-pop music market right now, with millions of fans all across the global landscape.

Here are the top K-pop group with the highest-earning YouTube channels:

Netizens commented, "I wish HYBE uploads BTS music videos on BANGTANTV," "Wow, BTS still has a lot of views even if they upload their videos somewhere else," "Aespa is earning a lot even though they debuted just last year," "I feel NCT and Aespa add so much earnings to SM," "BTS earn so many views in just a few hours," "How come TWICE and Stray Kids are not on the list, that's so weird," "I know BTS gets paid for the HYBE label YouTube income too," "Wow both BTS and BLACKPINK are getting more than 10 million USD per year for their channels, that's crazy," and "These groups are getting so much money through YouTube."

Procrastinating2,717 pts 24 days ago 0
WTF, jieun-im already posted this 15 hours ago, and at least gave proper credit to Forbes-Korea, rather than "a netizen" https://www.allkpop.com/articl...
Share

Bangtantv without any MV 😌💕💕

Netflix original series 'Squid Game' trying to resolve the issue of revealing an actual existing phone number on their show
2 hours ago   8   4,717 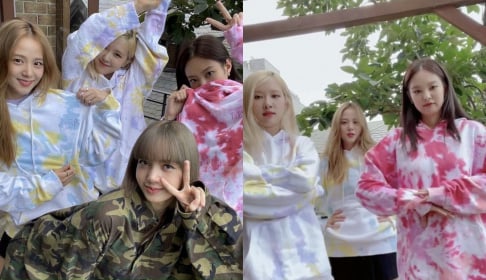 BLACKPINK members show their support for Lisa's solo release by doing the 'LALISA challenge'
4 hours ago   10   3,283

Kian84 personally speaks up about the bullying controversy on MBC's 'I Live Alone' and says he is not being bullied at all
38 minutes ago   3   1,095

"I want everyone who is not a dancer to be disqualified" 'Street Woman Fighter's Monika expresses her anger during the Mega Crew mission
44 minutes ago   10   4,504