News
Posted by germainej 26 days ago

Super Junior's Donghae and Eunhyuk will be hosting a new Naver NOW show.

On April 14, Naver NOW made the tweet below asking viewers to guess the new title of the Super Junior duo's upcoming show. Fans must also explain the reason behind their choice of title. Submissions will be open from April 14 to the 16th KST, and the winner will get a prize.

The first broadcast of Donghae and Eunhyuk's new show is set for April 22 at 5PM KST.

Do you have any guesses for their show title?

This sounds fun having those 2 host.😅

"It was a joke right?" Fans have mixed feelings over TXT Taehyun's remark, "Our happiness is directly related to album sales numbers"
2 hours ago   42   7,224

Netizens wonder if P.O crossed the line with Song Min Ho after ridiculing him on live radio
3 hours ago   32   12,189 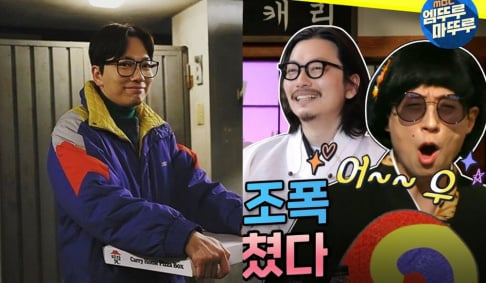 Netizens are speechless and astounded by Goo Hye Sun saying that people should 'forgive' Ahn Jae Hyun's wrongdoings
3 days ago   101   87,592