Shinhwa's Eric & Dongwan assure fans that they've talked it out

On March 16, Shinhwa's Dongwan updated his Instagram once again, some time after declaring that he, Eric, and some of the other Shinhwa members have come together for drinks and talks.

In this post, Dongwan apologized to fans for causing misunderstandings, and assured them that he and Eric have talked things out on good terms.

"So many small misunderstandings built up over time so that we lost contact with each other, and that led to a bigger misunderstanding. When neither of us tried to resolve the misunderstandings and let them fester, it became a war of opinions on SNS. Yesterday, we finally started talking and brought up so many things, things that happened long ago to the smallest disputes now, and worked out everything well."

I know this can be serious for some but as someone who used to like Shinhwa a long time ago, this entire situation is rather hilarious because this is so like them. I don’t agree with the way they handle things sometimes but somehow it works for them? Which other group openly fought in broadcast stations and still manage to stay together for so long? Heck, I think this group lasts even longer than marriages nowadays.

he did well calling him out publicly since hes no longer in contact with his member..even changing his number ..if he want to quit the group he should have said so because the remaining members still want to promote actively..If calling him out is the only option..then that was a good idea. Atleast after the misunderstanding they were able to talk about their group problem and seema luke it turnsnout well..And even though they always do well promoting..i think this will add more hype to their comeback too

Fans express their disappointment in Song Ji Hyo's stylist and issue a statement
11 hours ago   43   37,318

BTS's Jin transforms into the 'Squid Game' doll backstage at Day 2 of 'Permission To Dance: On Stage' concert
30 minutes ago   2   464 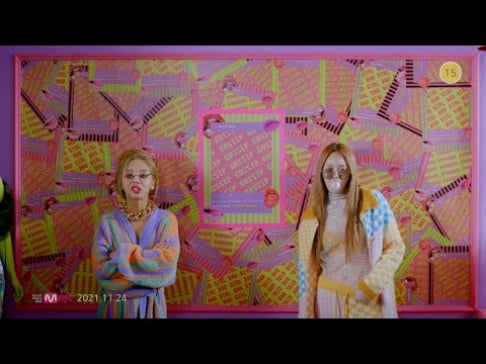