BTS has proven to be a truly amazing group as they solidify their name in history through multiple remarkable milestones.

Previously, member SUGA impressed fans and netizens as he achieved all of his goals in just two years. Starting with number 1 on Billboard Hot 100 to a number 1 album on Billboard 200 and going to the Grammys, BTS achieved all these milestones, becoming the first K-pop act to do so.

Now, as BTS's "Life Goes On" becomes the first predominantly Korean song to top the Billboard Hot 100, the phrase "What YoonGi wants, Yoongi gets" is trending on Twitter.

BTS was shortly able to achieve SUGA's dreams as they ranked number 1 on Billboard's HOT 100 with "Life Goes On." This is really an outstanding accomplishment for the group as they are on their way to setting more milestones in history.

Even Billboard charts is being nice...😭😭😭 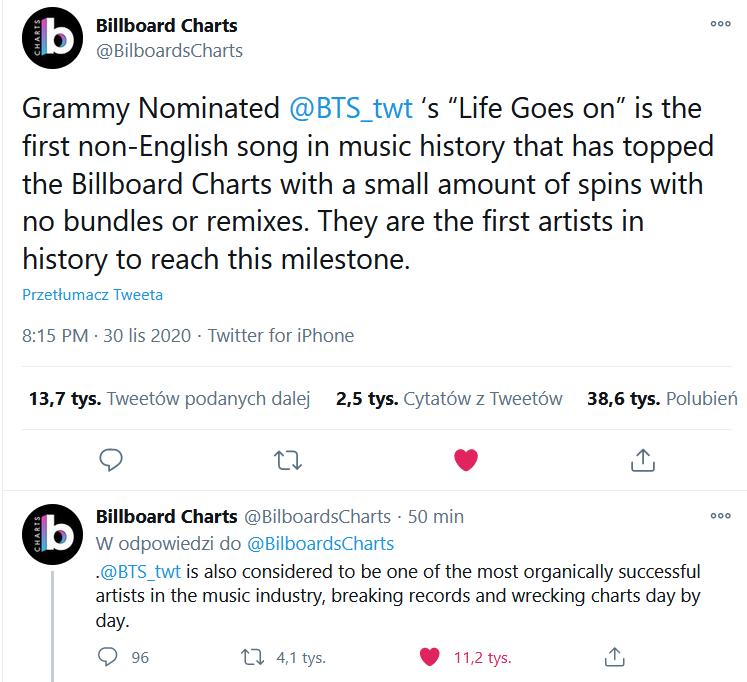 The comedian who groped idols in the past finishes second at a body fitness competition
2 days ago   124   49,624