NCT fans will have to wait a little longer for the unit's latest release.

On November 23 KST, SM Entertainment apologized to fans and announced that a printing error has caused a delay in the production of NCT's 'Resonance Pt. 2' physical album to be distributed.

In a statement, the agency added that customers who have already received a physical copy of the album can return it from where it was purchased and either receive a full refund or exchange it for the revised album when it is ready. Further instructions, including the new release date, will be announced as soon as the information is available.

"We once again apologize to the fans who those who have been waiting for NCT's album," the agency ended the statement. "And we will work hard to release the album as quickly as possible."

Meanwhile, a music video has already been released for the album's 1st title track "90's Love," which can be viewed here.

oh well u should be

i mean, jaehyun looks like he's got a turtle neck 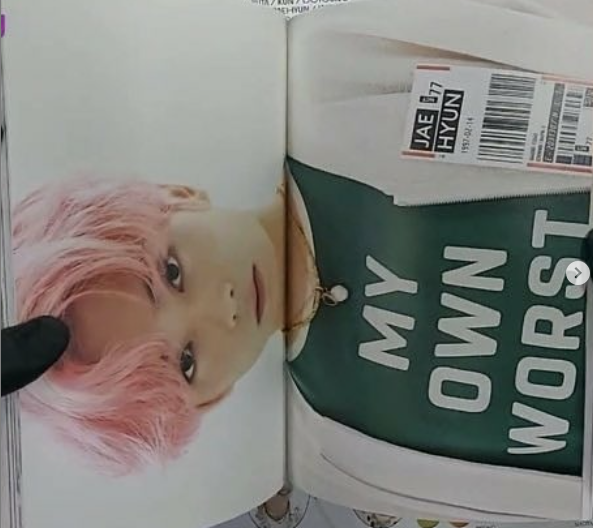 this has happened multiple times, why don't they just learn from the mistakes?

Netizens say that Cha Eun Woo's 'True Beauty' stylist is dressing him up like an ahjussi (middle-aged man) going through a midlife crisis
4 hours ago   24   6,749

Fans donated 8.8 Million KRW for treatment of childhood cancer in celebration of Kai's birthday
3 hours ago   6   11,040

Korean netizens criticize Red Velvet's Irene as she apologizes for her "communication method"
6 hours ago   87   24,008

After the teaser release, netizens comment that the new Mnet survival audition program 'Girls' Planet 999' will also be rigged
49 minutes ago   12   1,363

Korean netizens criticize Red Velvet's Irene as she apologizes for her "communication method"
6 hours ago   87   24,008

Sungmin's wife Kim Sa Eun receives shocking results of zero votes even after the dramatic performance with her husband
23 hours ago   78   110,723

"They're not fans, they're antis," Anger over a protest truck sent to Big Hit Entertainment saying Jimin is being mistreated
1 day ago   121   15,118