Many are wondering why the book has been postponed as Jessica announces the delay in the publication of her new novel 'Shine'.

Previously, the novel was initially promoted as an autobiographical novel. However, there have been revised articles that have been published stating that the novel is a "reconstructed fiction".

According to various online bookstores in Korea on September 18, Jessica was scheduled to publish her novel 'Shine' on the coming 29th. This novel was widely known as Jessica's autobiographical novel and follows the story of a Korean teenager who dreams of becoming the next generation K-pop star.

The book's publishing company promoted the book as they stated, "We have completed the copyright contracts with eleven countries including Korea, the U.S. Brazil, Indonesia, and Vietnam before the official release of the novel. Also, it has been confirmed for the movie production of the book as the production team that created the Netflix film 'To All the Boys I've Loved Before' has confirmed to participate."

However, the publisher of 'Shine' suddenly reported on September 24th that they have postponed the publication of the novel. The reason for the postponement was due to the publisher's circumstances. They stated, "The covers and the press releases that have been distributed to online bookstores were not the final data."

Additionally, the publication company stated, "The novel is not the author's autobiographical novel, but it is a fiction that is created by the author's imagination. The movie production has not been confirmed but at a stage of discussion about the production. The author wishes to promote as a writer not as a former member of Girls' Generation."

The publisher also released a modified cover image. The phrases such as "simultaneous publication around the world" and "movie production confirmed" were omitted, and the promotional phrases were revised to "debut work" from "autobiographical novel".

Many netizens have been discussing this matter in an online community.

"It's okay to mention Girls' Generation since it is part of her life. But I think it's a problem if she begins to bad mouth the group. I think Jessica is criticized a lot because she says negative things more often than positive."

"Wow, it seems that they were in a rush to get everything edited."

"Jessica, you can stop now."

"This is getting to be too much."

"I heard she already published in other countries."

"She seems to be using Girls' Generation to get traction."

Almost all ex-sones and many i-ppl support Jessica and want to buy her book. So Good!

JESSICA has the right to write her novel whether it is fiction or her autobiography, she's not the first writer to do it. Well~, Don't forget that snsd was part of her life, she lived with them for years. They were like a family of course in 2014 we knew that they were a dysfunctional family.

This is life, it is not perfect.

After knowing the dark side of AOA, we must be more aware that not everything is peace and love between the members in many groups; there are fights and conflicts between the members because they are human beings. In many groups there may be some buller or racist, narcissist, selfish, hypocritical and two-faced member, not all members will be good, angels or saints, so if she exposes the good and the bad of her experience with snsd members in her book let her do it, This is life, the life is not perfect. Jessica has the freedom to write what she lived and felt in her life, snsd was part of her life.

No doubt, We will appreciate her skills as a new writer.

There you go again, finding the 7 most negative comments and sharing them as though there was nothing positive said.

Netizens feel bad as BLACKPINK's Jennie continues to get terrorized on Instagram after BTS's V accidentally followed her
5 hours ago   158   33,472

Audition program 'My Teenage Girl' criticized as they disqualify a contestant twice due to technical malfunction
4 hours ago   10   17,245

Singer/actress Nana renews her contract with Pledis Entertainment for the third time
35 minutes ago   0   1,668 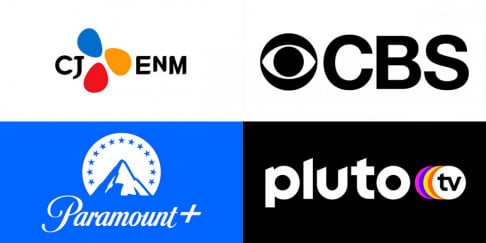 'Secret Royal Inspector & Joy' draws attention with a familiar song during its latest episode
1 hour ago   0   4,186

Netizens feel bad as BLACKPINK's Jennie continues to get terrorized on Instagram after BTS's V accidentally followed her
5 hours ago   158   33,472