On September 26, management agency Woori Actors revealed to media outlets, "Our exclusive contract with Kwon Mina has been terminated as of earlier this month."

The label continued, "Kwon Mina expressed her wishes to focus on regaining peace, and after a lengthy discussion, we've decided to respect her wishes. We brought our management duties to an end after Mina's recent birthday celebration."

Earlier in the summer of this year, former AOA member Mina was rushed to the hospital after attempting to take her own life. She is currently recovering while receiving therapy treatment. 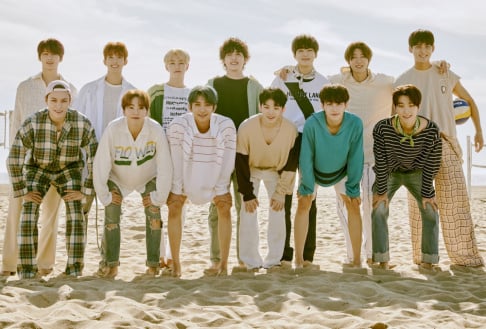 This is a smart and healthy decision. Her well-being must come first, and I hope she will take all the time she needs to make a full recovery and to deal with her struggles.

My guess is they were the ones who threw her out, i might be wrong though

Is BLACKPINK coming to your area? Check out the dates and locations of BLACKPINK's upcoming 'BORN PINK' world tour
2 days ago   74   49,771

BREAKING
All MONSTA X members decide to continue as a group; I.M to officially leave Starship Entertainment
2 days ago   50   82,249

Red Velvet's Yeri responds to a controversial YouTube channel which accused her of having 'Jennie Disease'
3 days ago   68   136,810