Reporter Kim Yong Ho has stated AOA's Seolhyun is not the celebrity in the 'Thai cigarette disturbance' rumors.

As previously reported, Seolhyun was embroiled in rumors about an alleged bad attitude, unprofessional behavior, and cigarette smoking in a non-smoking hotel room that caused the fire alarm to go off. However, reporter Kim Yong Ho has stated the idol star is not the star in question.

The reporter stated, "To be precise, it's not Seolhyun at all. At the time, 'Brave Reporters' said the star had an innocent style, but Seolhyun isn't that kind of style and she's not in a position to [have a bad attitude like in the rumors.] I knew Seolhyun before her debut, but she's very timid. She was so timid she couldn't even press the button to get off the bus."

He continued, "Seolhyun has a lot of anti-fans. Since the rumors of a romantic relationship with Zico broke out in the past, her image has fallen a lot. Seolhyun is too nice to overuse her power. I only saw her crying all the time when she was a trainee. She's the type to gain weight quickly, so she was always scolded by the agency and always cried. Fans think that Seolhyun could abuse her power in her position, but that's not true at all."

As for who the celebrity in the rumors actually is, Kim Yong Ho stated, "It's a total top star."

So the reporter knows who it is but won't spill the name... whats the point then... its just gonna create unnecessary rumor about celebs that have nothing to do with this... either state the celebs name or don't even report about this "top star" that has bad attitude/behaviour.

I wish we could stop seeing negative AOA news. Its becoming unbearable. I think its pretty obvious this wasnt Seolhyun. 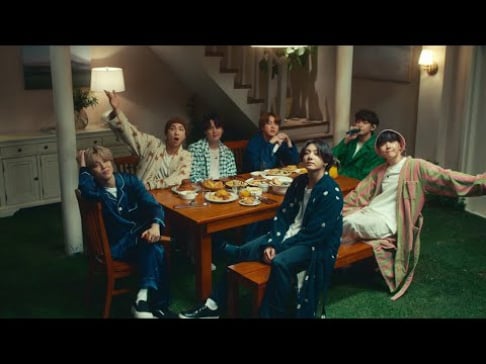 Ham So Won decides to get her daughter tested for autism after reading critical comments from netizens
2 days ago   64   56,305

ARMYs are saying BTS was robbed and should've been nominated in more categories for The GRAMMYs especially 'Album of the year'
2 days ago   100   18,948