Good Day was a girl group from C9 entertainment, which is home to CIX (Wanna One Jinyoung’s group). They debuted with 10 members named Heejin, Genie, Cherry, Chaesol, Nayoon, Jiwon, Haeun, Viva, Bomin, & Lucky. Unfortunately they have since disbanded.

Some of the ex-members stayed with C9, transferring to a sub-label called J9, to redebut as Cignature. Those members being Chaesol, Jeewon (Jiwon), Ye ah (Haeun), Sunn (Viva), and Belle (Lucky). Alongside new members Seline & Semi.

Now, news on another girl group with the remaining members have been announced. All except Heejin will be in this group, as Heejin has since started her career as a producer, making all of Good Day have solidified spots in the music industry.

Alongside is a new member named Lina, who originally made her solo debut under the name Blenn.

They are currently preparing for their May debut

BTS announce the release of their Japanese album 'Map of the Soul 7: The Journey' 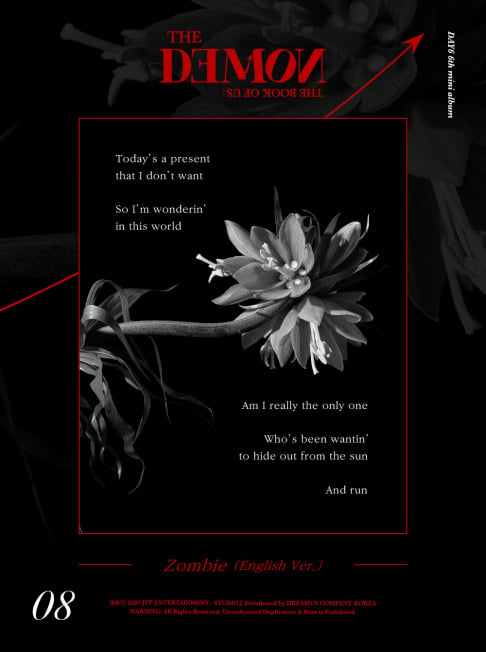 DAY6 reveals lyric teaser posters for 'The Book Of Us: The Demon'

G9 did Good Day dirty. I hope Cignature and now Red Square get treated better. The members are all so talented

So Red Square and Cignature are going to be competing against each other, interesting.

#BlinksCyberBullying trends on Twitter as K-pop fans call out the toxic fans for constant cyber bullying and doxxing
2 hours ago   51   10,559

Kim Taehyung's impressive performance for 'Yet To Come (Hyundai Version)' gets compared to a musical
8 hours ago   16   11,926

Social media post of parents burning all of their daughters K-pop merchandise goes viral
1 day ago   128   203,880

#BlinksCyberBullying trends on Twitter as K-pop fans call out the toxic fans for constant cyber bullying and doxxing
2 hours ago   51   10,559

BTS raises anticipation for upcoming 'Yet To Come' Busan concert with new poster
3 hours ago   1   1,286

Social media post of parents burning all of their daughters K-pop merchandise goes viral
1 day ago   128   203,880