TRCNG's Wooyeop and Taeseon sue TS Entertainment for child abuse, including hitting them with metal chairs

Their lawyer revealed, "On the 4th, Wooyeop and Taeseon sent a cancellation of contract to TS Entertainment. They have also submitted a report to the Seoul Police District against the board of director member Park Sang Hyun and two others against frequent child abuse and special violence."

The reason for their cancellation of contract is because of the lack of ability of management, as well as the frequent child abuse from choreographer Park Sang Hyun and special violence crimes from choreographer Yoon. According to the two members, Park Sang Hyun forced them to practice the choreography without allowing them to sleep, resulting in the boys being unable to make their 2-3 hour round trip commute to school. He hit the boys frequently, and the label took no action even when the members sustained injuries while practicing.

The members were forced to live in dorms, but no food was provided, and the water and electricity bills were not paid, forcing the parents to pay it themselves after water and electricity were cut off. Wooyeop was hit with a metal chair on June 10th by Yoon and had to go to the emergency room by himself. He had to receive treatment for 14 days, and while going back and forth to the hospital without the label's aid, he had to be hospitalized at another hospital because of high fever. Even after he was released, the managers told him that he wasn't sick because he got hit, but that he was lying because he was going around drinking and meeting girls. A company employee also took 1,200,000 KRW (approximately 1030 USD) from him.

Taeseon was often hit or yelled at because he was the leader. Every time he was reprimanded, he was hit in the head and cursed out. He also witnessed Wooyeop being hit with the chair.

Just when you sit there and think "It can't possibly get any worse for these young idols, not with the standards and pressures of the public eye and social media", here comes TS Entertainment. Seriously, the cherry on top was them trying to plant the notion in the boys mind of "We know you're meeting girls and drinking". That sounds like a veiled threat of "If you don't do as we say we'll make sure those rumors get spread so you'll be out and never work in the industry again". I hope they win and can get a decent settlement for all they've suffered.

And the winner for worst company ever in Kpop goes to...TS ENTERTAINMENT! 👏🏻👏🏻👏🏻

jokes aside, this is a really serious thing, i hope these kids dont get too much trauma from this and will live a good life and reach their dreams

SNSD occupies the Twitter trends as fans discuss the worldwide impact of the group
4 hours ago   16   7,169

Chinese newspaper suggests BTS was nominated for Grammys thanks to China, suggest they "think twice before voicing their opinions in public"
32 minutes ago   15   3,514 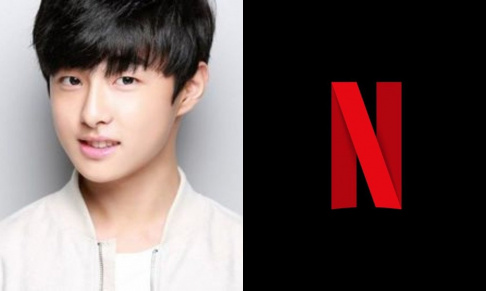 Netflix original 'All of Us Are Dead' halts production due to confirmed Coronavirus case
2 hours ago   2   1,721