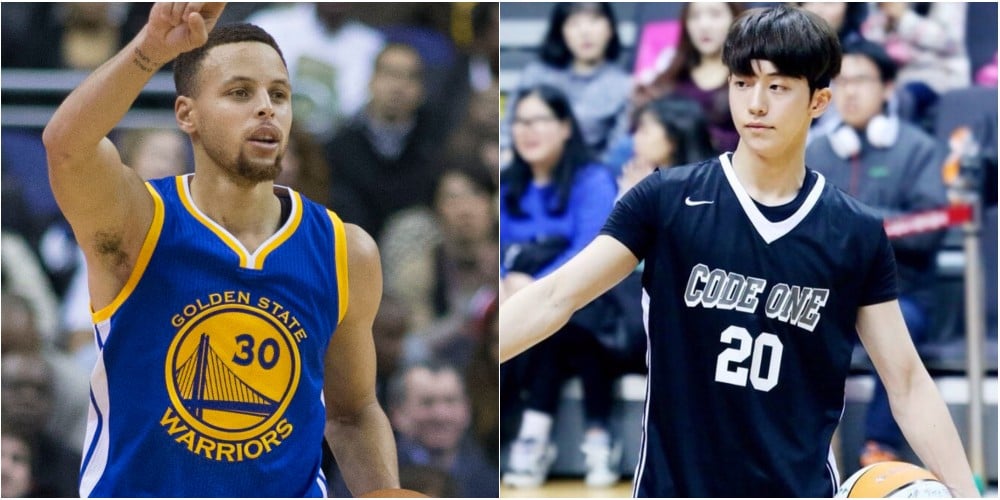 Nam Joo Hyuk talked about his outstanding basketball skills.
On the September 19 airing of MBC's 'Radio Star', Nam Joo Hyuk shared he initially dreamed of becoming a basketball player. He said, "I joined the basketball team in middleĀschool so I dreamed of being a professional basketball player. I was on the team for 3 years then I quit in high school."
Ā
Nam Joo Hyuk then revealed, "I had a one-on-one match with Stephen CurryĀon 'Infinity Challenge' and I actuallyĀwon, but that got edited out and didn't make it on theĀbroadcast. Stephen Curry was going easy on us so I showed him how it's done."

Taemin gives a snippet of this charismatic music video through the second teaser for 'Advice'
3 hours ago   10   18,614

SM takes legal action as the individuals who spread false information about EXO's Chanyeol was sent to prosecution
1 hour ago   23   2,026

BTS's V joins names such as Barack Obama and Taylor Swift on "You vs. People Your Age" list of most accomplished individuals
2 days ago   109   21,262

Netizens surprised by the results of one street survey, asking Koreans 'Who is the most famous Japanese celebrity in Korea?'
2 days ago   78   82,653