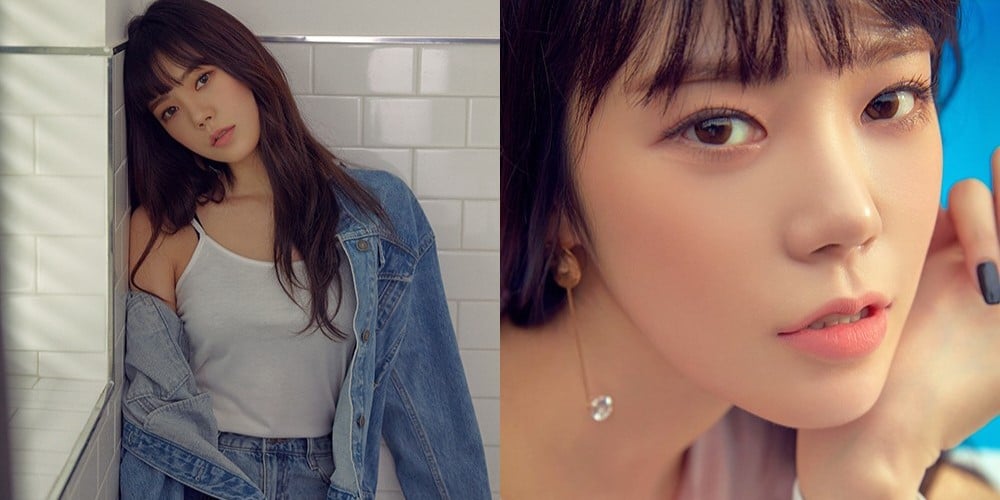 Lizzy opened up about her fresh start as actress Park Soo Ah.
2018 was a year of change for Lizzy, who graduated from After School and signed with a new agency Celltrion Entertainment. Another change came in May, where Lizzy announced she'll be promoting as an actress from now on with the stage name Park Soo Ah.

In an interview with 'International bnt', Lizzy talked about the various changes. She first said, "I think I've shown enough as a singer. I have chosen acting because I want to show a new side that wasn't seen in Lizzy."
She revealed, "To be honest, I had a lot of thoughts before changing my name Lizzy to Park Soo Ah, but it's a decision I will not regret when thinking about it in the long run." Lizzy continued, "It's true that I feel a bit bad about the popularity and career I've built as Lizzy but I'm going to let go of all the greed and grow gradually."

BTS's V talks about his solo music at PTD global press conference and continues to shine in LA
4 hours ago   14   4,337

Model Lee Hyun Yi shares accidents behind the stage including using a nail remover on her eye
58 minutes ago   1   1,242

Fans send a protest truck in front of the YG Entertainment building demanding Big Bang's comeback as a 4-members group
19 hours ago   81   50,808