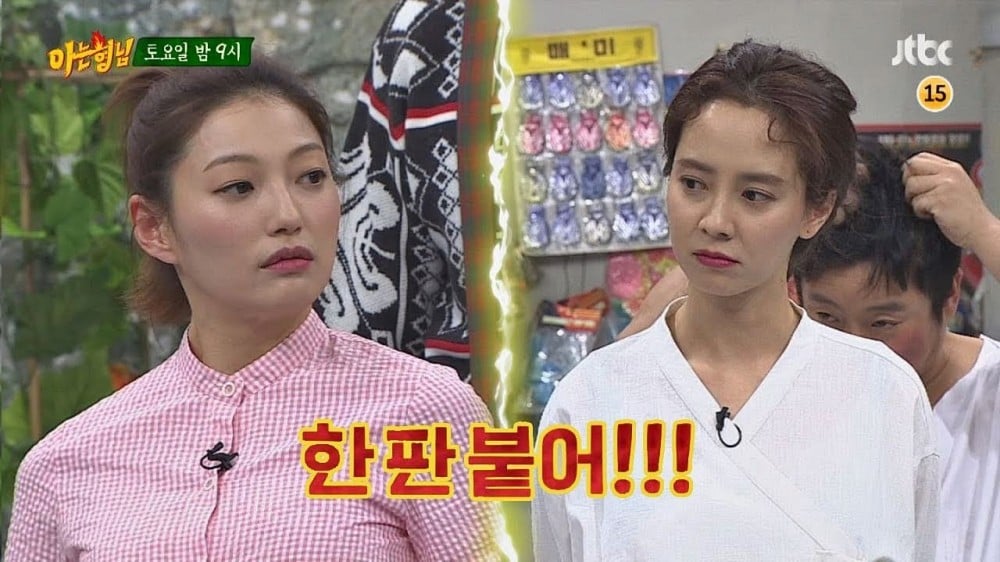 Actresses Song Ji Hyo and Lee El will be appearing on 'Knowing Brothers' next week.

Yoo Jae Suk's loyal team member Song Ji Hyo will be on the show next week to challenge Kang Ho Dong and his 'Knowing Brothers' cast members. In the preview clip, the actress is seen asking Kang Ho Dong if his part of the Yoo-line and even playfully threatens that she'll call Yoo Jae Suk for help. In addition, Lee El flusters Kim Young Chul with her charming personality, which drops him to his knees.

Check out the hilarious preview clip above and make sure to catch next week's episode on March 24 at 9 PM KST.

The civil court to come to a final decision in TS Entertainment's lawsuit worth ~$237K USD filed against rapper Sleepy for defamation
10 hours ago   19   12,784

BTOB's Eunkwang tests negative for COVID-19; to adjust musical schedule as he undergoes quarantine
2 hours ago   0   930

"I want everyone who is not a dancer to be disqualified" 'Street Woman Fighter's Monika expresses her anger during the Mega Crew mission
2 days ago   127   111,034