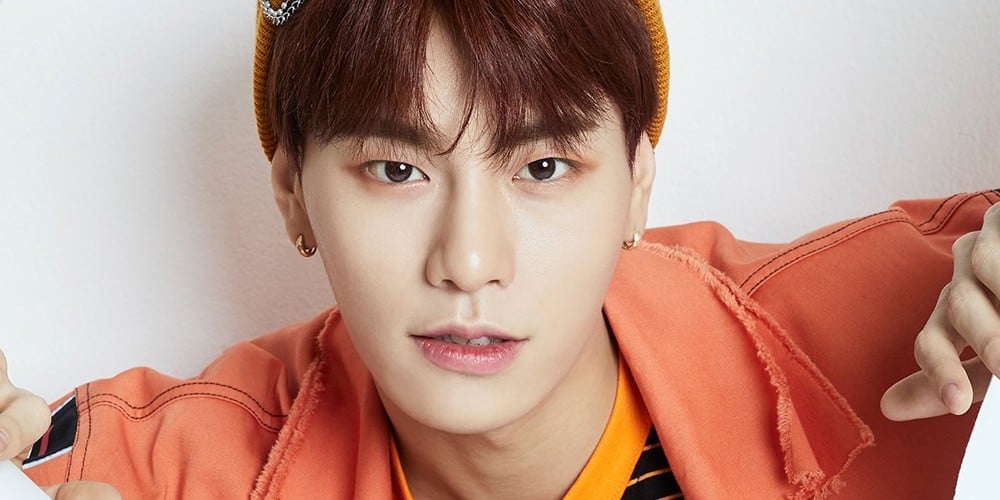 JBJ's Kim Sang Kyun made both his fans and others cry with his concert ending statement.
JBJ had their first concert on February 2nd and 3rd. The group is made of trainees from 'Produce 101' who didn't quite make the cut for Wanna One - their rankings range from 21 to 30. Out of the 6, Noh Tae Hyun and Kim Sang Kyun have debut experience in HOTSHOT and Topp Dogg.
Perhaps because Kim Sang Kyun had experienced 'failure' already, at the end of the concert, he teared up as he began, "Let me look over all of our fans. I don't know when I will be able to feel this way again. Members, I'm so grateful that we were able to come together all the way here. We've now released our second album. When time passes, Joyfuls and our members... People change."
When his fans screamed in reply that they wouldn't, he firmly said, "No, people change." Noh Tae Hyun supplied, "We can change to be closer", and he agreed, but continued on to say, "You will change, but I won't forget the gratefulness and the starting mindset I had when I first met Joyfuls. Sincerely. Thank you."
His statement had both Joyfuls and other fandoms tearing, as Kim Sang Kyun seemed to be speaking from experience perhaps from his past group.
You can watch his closing above.
Share this article
Facebook
Twitter
0 44,909 Share 100% Upvoted

Sung Hoon talks about the truth behind the dating rumors he was embroiled in
2 hours ago   1   4,683

The reason why Super Junior's Heechul is always praised every time there is news about a celebrity DUI
2 hours ago   8   15,925

Fans laugh as (G)I-DLE's Shuhua accidentally puts up her middle finger during a performance
4 hours ago   8   8,893

BTS's "Dynamite" awarded the 'Foreign Work Award' by the Japanese Society for Rights of Authors, Composers and Publishers (JASRAC)
17 minutes ago   0   83

Netflix drama 'Hunting Dogs' might have to refilm due to the recent DUI incident involving cast member Kim Sae Ron
37 minutes ago   2   1,780