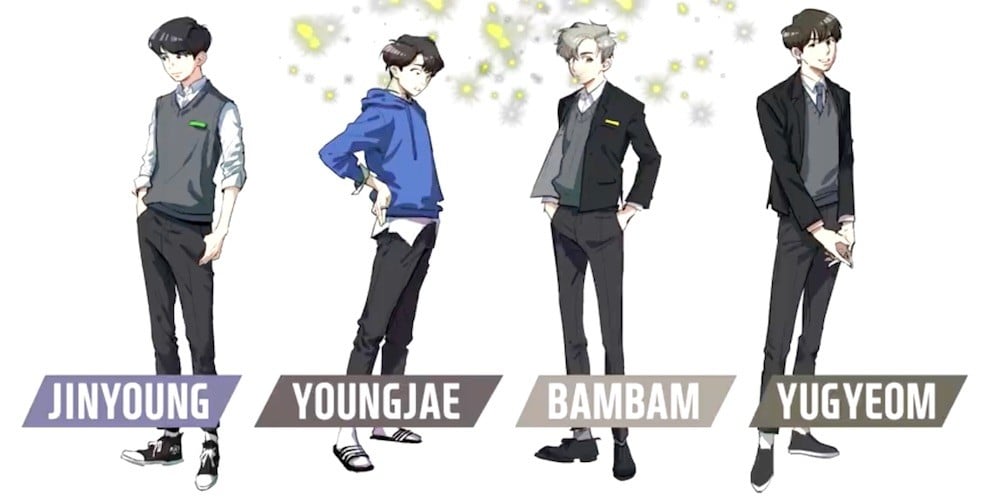 To prepare their fans well in advance for their March comeback, GOT7 will be promoting through numerous activities, ranging from their new reality show 'Working Eat Holiday in Jeju', to individual variety show appearances, as well as a fictional webtoon series.

GOT7's webtoon series 'Get' (according to the teaser clip below, the full title of the series may be 'Get: Girls, Girls, Girls') will tell a fictional story of the GOT7 members before their debut, when they were still trainees and coming together to form the full group that is GOT7.

'Get' will begin serializing on 'KTOON' beginning this February 23 for 15 weeks. GOT7 will make a comeback sometime this March, followed by their 2018 world tour launching in May. Check out the first teaser for 'Get' below.

Fans of BLACKPINK's Jennie send trucks to YG Entertainment protesting for her protection
1 hour ago   24   5,730

BDC give 2nd look at 'THE INTERSECTION : DISCOVERY' recording in comeback spoiler
2 hours ago   1   293