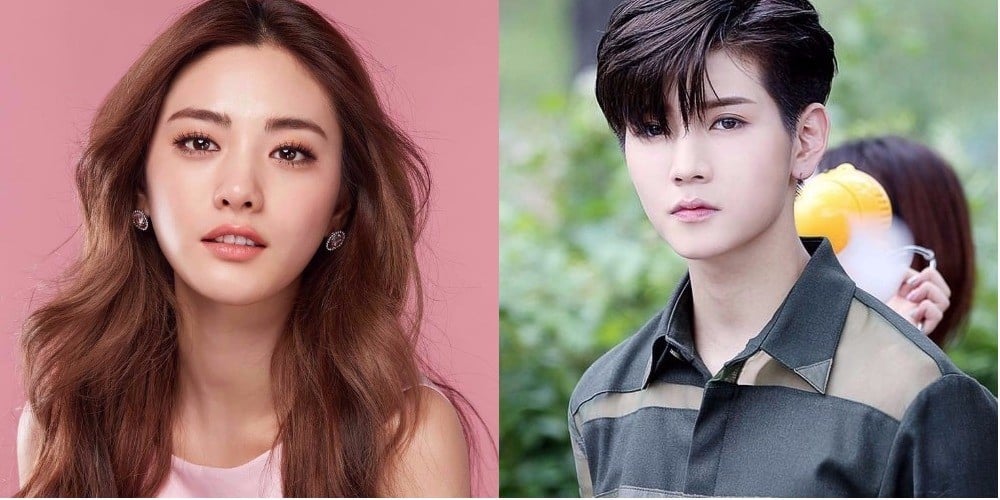 Highlight's Doojoon will be starring in 'Radio Romance' with Kim So Hyun. It is about a radio program writer named Song Geu Rim, who is played by Kim So Hyun. The radio program Song Geu Rim is working on is in danger of being cancelled, so she enlists the help of top actor Ji Soo Ho (Yoon Doojoon). The drama will air on January 29, 2018.
2. 2. Suits

ZE:A's Hyungsik will be starring in the Korean adaptation of the U.S. drama series 'Suits'. The drama is about Choi Kyung-Seo (Jang Dong-Gun), one of South Korea's most admirable lawyers. He employs Go Yeon-Woo (Park Hyung Sik) as a newbie lawyer for the law firm. Go Yeon-Woo's greatest asset is his accurate memory. The drama is set to come out in the first half of 2018.
3. 3. Four Sons

After School's Nana and NU'EST's Ren will be starring in 'Four Sons'. It is about a female detective who meets the quadruplet brothers of her former lover. Nana will play the detective Yeo Rin. The young detective is determined to discover more about the death of her ex-lover and gets entangled in unforeseen circumstances. NU'EST's Ren will play the role of Yeo Hoon, Yeo Rin's loveable younger brother who has secrets of his own. The exact broadcasting date has not been released but it will be sometime this year.
4. 4. Miss Hammurabi
INFINITE's L will be starring in 'Miss Hammurabi'. He will be co-starring with Go Ara. The drama is about a female judge (Go Ara) in her mid-twenties who doesn't allow prejudice or blindly obey the rules. Im Ba-Reun (played by L) is her colleague and the two experience professional and personal growth as they deal with cases. The drama is set to air in May 2018.
5. 5. That Man Oh Soo
CNBLUE's Jonghyun will be starring in 'That Man Oh Soo'. The drama is about a man named Oh Soo (Lee Jong Hyun) who works as an IT engineer and a cafe owner/barista. Oh Soo is like a modern-day Cupid because he causes youngsters to fall in love by using a special pollen. Through a mishap with the pollen, he falls in love with Seo Yoo Ri (Kim So Eun). She is a financially independent police officer with a bright personality. 'That Man Oh Soo' is set to air in March 2018.
6. 6. My Ahjusshi
IU will be starring in the upcoming tvN drama 'My Ahjusshi'. It is about three brothers who try to solve their daily problems and a woman who acts cold-hearted and aloof due to the tough times she faced in her life. Lee Ji An, played by IU, is the aloof woman who has endured many hardships. Lee Ji An's boss instructs her to find out Park Dong Hoon's weakness. Park Dong Hoon, played by Lee Sun Gyun, is an architectural engineer. She ends up developing feelings for Dong Hoon and starts learning how to trust someone for the first time. 'My Ahjusshi' is set to air in the first half of this year.
7. 7. Let's Live Together
DIA's Jung Chae Yeon will be starring in the upcoming KBS drama 'Let's Live Together'. It is about a family's dynamics between elderly, traditional parents and their children, who are in their 20s-30s. The DIA member will be acting as the younger Lee Mi Yeon. 'Let's Live Together' is set to premiere in February 2018.
8. 8. Love in Memory
A Pink's Hayoung will be starring in the upcoming web drama 'Love in Memory'. The web drama is categorized under the sci-fi romance genre. The web drama is about remembering forgotten love through memory recall. An unsolved murder case is also one of the main problems. 'Love in Memory' is set to premiere some time in February through Naver's 'TV Cast'.

Fans are blown away by BTS’s Jungkook’s stunning visuals, his choreography and iconic "My Time" performance from 'MOTS ON:E Concert DVD'
11 hours ago   22   6,666

F.T. Island's Hongki opens up about his hobbies + reveals he is currently working on a song for his group on 'Jessi's Showterview'
4 minutes ago   0   86

K-netizens react to a fan's cute misunderstanding that BTS's J-Hope has a hidden brother
56 minutes ago   1   1,303

Reporter Lee Jin Ho says that actress Heo Yi Jae should reveal the name of the actor who asked her to sleep with him
1 day ago   84   19,463

Hyunjoo reveals she has been sued by two April members for defamation, opens up about the financial strain of facing multiple lawsuits
1 day ago   106   37,206

Netizens show mixed reactions to BLACKPINK member Rose's eye makeup at the Met Gala + wonder if it's a popular trend in the United States
2 days ago   157   70,366