GOT7's Jackson has been gaining attention on social media for his good looks during the 'MTV EMA 2017'.

Jackson was invited to attend 'MTV EMA 2017' as the official ambassador of Greater China. Once he appeared on the show, Jackson's good looks were noticed by fans and non-fans alike on Twitter. People who aren't too familiar with the artist took to the social media page to ask who "that hot Asian guy" and that "hot guy next by Liam" was. They were met with responses explaining that he is, in fact, a member of GOT7.

Check out the tweets below! 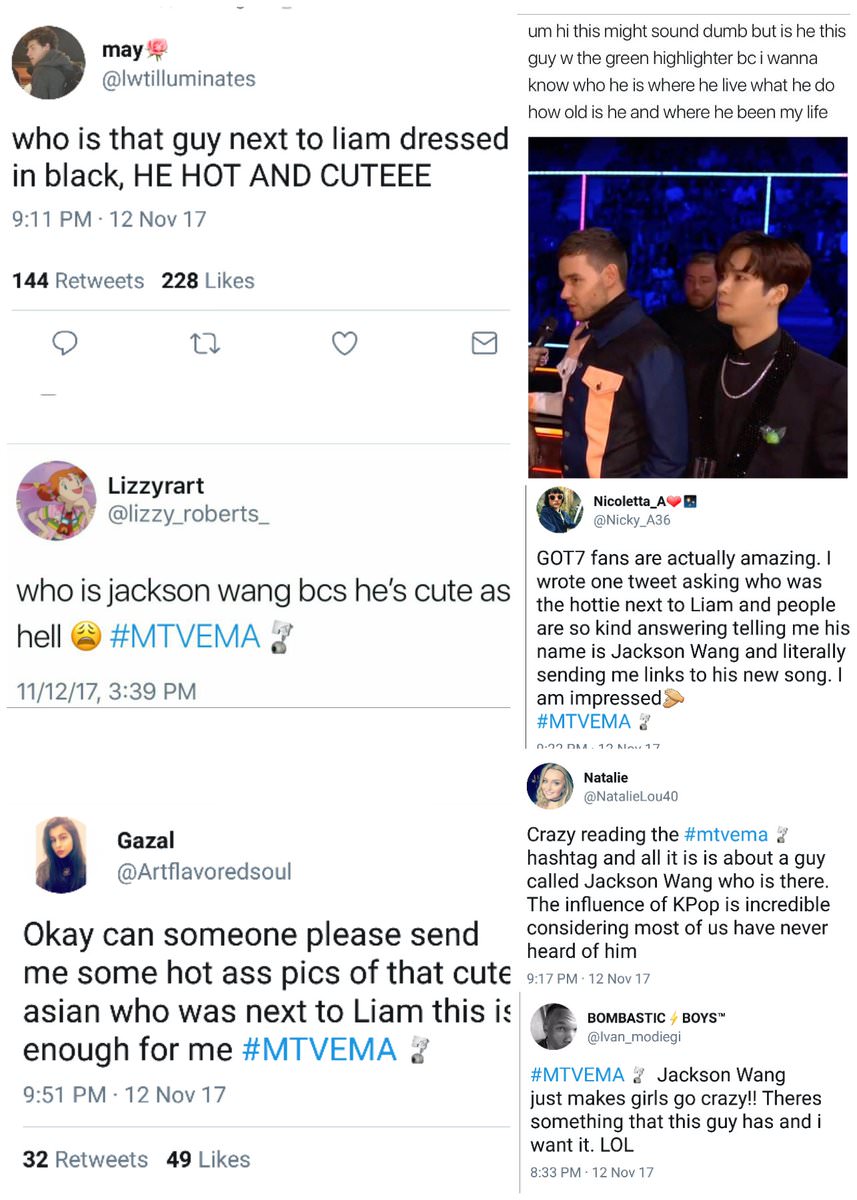 AKB48's Japanese company announces division of management in preparation for IZ*ONE's return to promotions
3 hours ago   4   10,321

EXID's LE to take legal action against perpetrator behind photoshopped nudes
20 minutes ago   0   1,805

AKB48's Japanese company announces division of management in preparation for IZ*ONE's return to promotions
3 hours ago   4   10,321