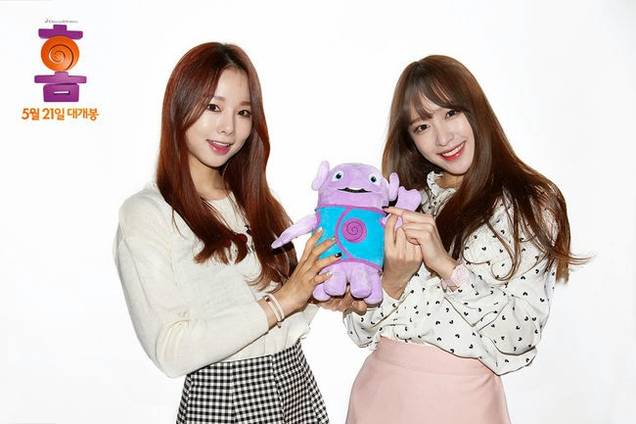 Hani and Solji from EXID are coming back, only this they're not teaming as subunit Dasoni, but instead under their own names. Their entertainment company claims that EXID was entering a new era, promising more collaborations and hinting at more subunits. This is SoljiHani's first single under the rebranding, "Only One."

The track starts off softly, with a contemplative piano, very heartfelt and balladic. But once the chorus hits, it becomes a mid-tempo pop song, with an understated synth keeping the melody, until it finally fades into ballad stylings once more and quietly ends. 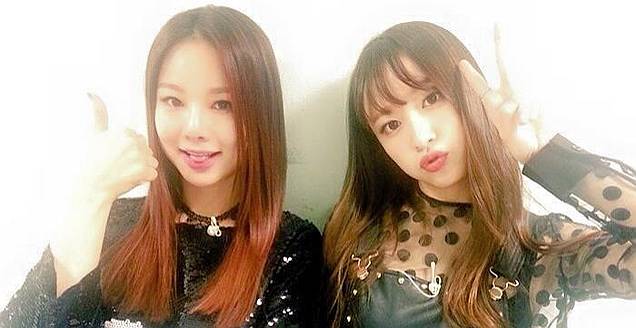 I've raved about Solji before, but both girls put in excellent performances. Solji's vocals don't just soar, they explode like firework. Hani has a sweet voice that manages to blend nicely with Solji's, making the song seem very sincere. Despite the prosaic subject matter (a girl missing her man), this is not just a run of the mill song.

The MV is where we cross over into heartbreak territory. The video, meant to emulate a first-person view of someone's phone, shows a phone call and repeated texts to her boyfriend. He doesn't pick up, nor does he text her back. She wonders what's going on, so she goes to his timeline on Facebook, and that's where she finds out what's going on. Everyone's saying their goodbyes and posting photos that indicate something more is happening. It's then that she sees that he's passed away... 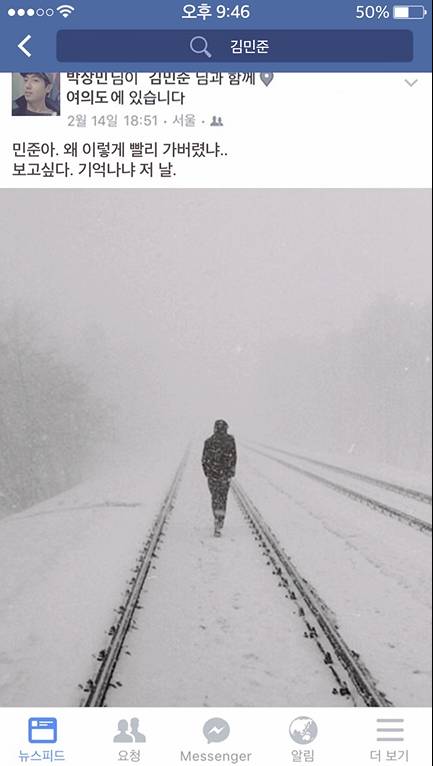 The way this was filmed was absolutely brilliant. You get to hear the dial tone in the beginning, plus if you view this on portrait on your device, you'll get the full effect of what this gal saw. Right on your phone, you'll see apps open and timelines scroll of their own accord (I viewed it on a tablet -- same effect). I was mesmerized. It's a great way to show what's going on, even as the situation plus the tender song move you to tears.

Has it been done before? I don't think I've seen it quite that prominently. It's a masterful narrative device (no pun intended), told entirely through a smartphone screen. I can't say enough about this, except two thumbs up!

Gong Hyo Jin explains herself after backlash to her response to fan about past dramas on social media
1 hour ago   3   10,056

Gong Hyo Jin explains herself after backlash to her response to fan about past dramas on social media
1 hour ago   3   10,056

EXO fans worried about Sehun after a picture of him looking stressed surfaces
14 hours ago   60   86,126