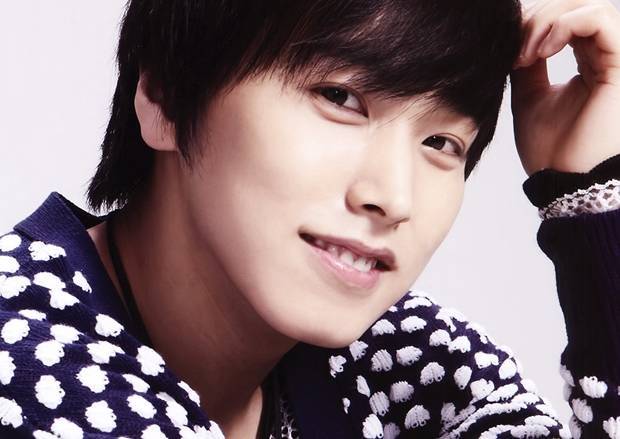 Although Kim Sa Eun's agency had previously denied the news, it seems Super Junior's Sungmin felt that it was only right that he address the rumors himself and be honest with fans as he has just released a letter!

"To those who have allowed me to be who I am now. Dear E.L.F

Hello, this is Sungmin. Where should I start... I thought about what to say so many times starting with the first sentence. After writing and erasing and repeating this process several times... I'm more reminded of the faces and voices of those I'm thankful towards... and I'm delivering this letter with a heavy and cautious heart.

Everyone, I have met a great person and I will be getting married on December 13.

My heart aches as I think of everyone who must have been very shocked and surprised about the sudden news.

I'm sorry that I made you find out through articles first while I was contemplating how to first deliver the news to E.L.F, who love me and are a dear friend to me, before anyone else...

To be honest, before I delivered this news, there were times that I had to withstand alone as I felt conflicted with the thought of my own decision while thinking of everyone whom I've walked this path with up until now. Rather than it being a fear about the decision I've made, I was more worried about whether everyone that I'm thankful towards would become too shocked or hurt by this news, as it is a situation that they've never gone through before [as a fan]. Although I'm a bit late, I'm gathering the courage to deliver the news myself from all the love and trust you've given me.

I want to say how much I love and feel sincerely thankful towards everyone who has stood by my side like a shadow and watched me grow and cheered me on.

I'm also thankful to everyone who has helped me up until now and the members and the agency who trusted and respected my decision. I will strive to become a Sungmin who continues to work hard in the future to return the love you have shown me."

The couple, who met through their musical 'The Three Musketeers', went public with their relationship back in September when reports had surfaced about the two being spotted on a date. The agencies had both confirmed it at the time with SM Entertainment claiming that the two were in the beginning stages. It seems the two were much further into their relationship than their agencies let on as now they've announced their intention to tie the knot!

With Sungmin's announcement, SM Entertainment sent out their warm wishes through a tweet that read, "Sungmin-ah~ Congratulations on your marriage! We hope your future will always be filled with happiness and blessings. Love you. - SM Entertainment Family-"

Congratulations to the newlyweds-to-be, Sungmin and Kim Sa Eun!

Salt Entertainment says that they plan to work with Kim Seon Ho until the end, with 1 year left in their contract
6 hours ago   23   22,518

YouTuber Lee Jin Ho says 'A' distorted some of the truth and answers whether or not Salt Entertainment was behind the exposure of Kim Seon Ho's controversy
17 hours ago   68   95,885

Anonymous netizen claims they will no longer 'expose' their evidence regarding Kim Seon Ho due to outside threats
10 hours ago   31   33,339

Anonymous netizen who claims to know Kim Seon Ho and his ex-girlfriend announces plans to unravel the 'truth' behind the controversy
1 day ago   112   171,579