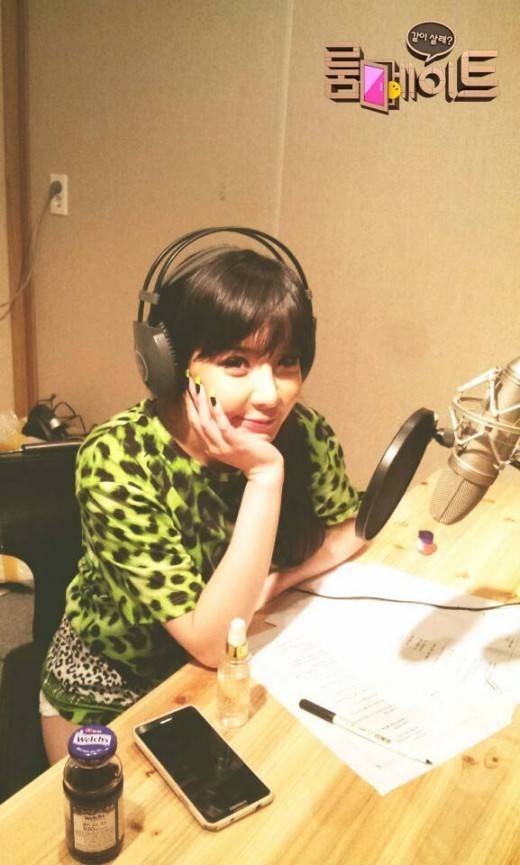 With 2NE1's Park Bom not attending the recent filming of SBS' 'Roommate', the show's CP and PD revealed that this week's episode will be the last one with Bom for now.

'Roommate' CP Baek Jung Ryul told TV Report on the 24th, "It seems the upcoming July 27th broadcast will be Park Bom's final [appearance on 'Roommate']. She hasn't been attending filming so there is no footage of her. Realistically speaking, it is as if she's left [the show]... We haven't made any plans for Park Bom's possible following appearances. Nothing has been discussed... We also edited out a lot of the footage of Park Bom due to the controversy."

PD Park Sang Hyuk, however, gave 2NE1 fans a bit more hope as he told MBN, "It's true Bom hasn't been participating in the filming since the 11th. Due to this, she won't be in the broadcasts starting next week. She couldn't film because of schedules, so we can't ultimately label this as her leaving... We have footage that has been recorded before, so Bom will be appearing in a portion of this week's episode."

'Roommate' previously stated that there isn't a legal problem with Park Bom appearing on the show, and that what's important is Park Bom's stance on what she wants to do regarding her appearance. However, the situation has escalated with many more questions being raised regarding the case since then, and it seems this attributed to more of her scenes being gradually edited out of the 'Roommate' episodes.

With things being pretty quiet on her end, no one knows for sure if this will just be a temporary hiatus for Bom, or whether she has made up her mind to leave.

"Korea slanders China, we don't do counterfeits," Chinese netizens become outraged about a scene from 'Anna' starring Suzy that was based on an actual event
18 hours ago   75   45,290

Netizens send their encouragements after finding out that former MASC member Chibin, who left the group after a violence incident with another member, is re-debuting
8 hours ago   9   16,395

"Korea slanders China, we don't do counterfeits," Chinese netizens become outraged about a scene from 'Anna' starring Suzy that was based on an actual event
18 hours ago   75   45,290

'Rolling Stone' "BLACKPINK The World's Biggest Girl Group continues their reign as the Most Followed Music Act in YouTube History" after surpassing 75 Million subscribers
2 days ago   77   5,164

"This is what they call the weight of the crown, right?" Why BTS's Kim Taehyung ignoring the crowd at the airport shouldn't even be an issue
2 days ago   85   99,428