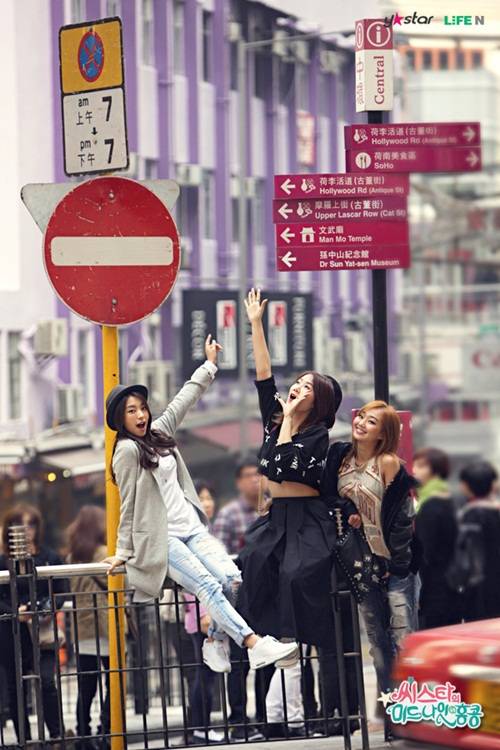 SISTAR will take on their first very own reality show, Y-STAR's 'SISTAR's Midnight in Hong Kong'!

The show's staff stated on the 4th, "'Midnight in Hong Kong', which features SISTAR's Hyorin, Bora, and Soyu's six-day-and-four-night vacation in Hong Kong, will air a total of four episodes starting on the 8th."

According to the staff, SISTAR, who never got to go on a real vacation since their debut in 2010 due to their busy schedule, will take viewers through the fun and excitement of their sightseeing in Hong Kong. Unfortunately, Dasom was not able to join her fellow members for a well-deserved vacation due to her filming schedule for her KBS drama 'Love Through Song'.

But catch up with the rest of the group when 'SISTAR's Midnight in Hong Kong' premieres on the 8th at 8 PM KST!

One of the biggest online communities lists idol members by popularity
22 hours ago   79   32,870

Netizen makes fans laugh out loud with an unexpected photo of BTS's V and SHINee's Minho
50 minutes ago   7   2,649

Fans of former I-LAND trainee Hanbin put up birthday ads in New York's Time Square, Seoul's Coex, and many other countries
2 hours ago   5   1,245

One of the biggest online communities lists idol members by popularity
22 hours ago   79   32,870

Netizens react coldly to the news that Park Yoochun will be starting his own YouTube channel
3 days ago   108   21,740