G-Dragon speaks up about concert scandal!

G-Dragon, the leader of Big Bang, has always been a prominent artist and even got his first work on an album at the early age of 13. In 2008, he was recognized as one of the top 8 composers of the year and in 2009 he had the highest selling album. Although recognized as a fashionista and an amazing musician, much controversy has surrounded his music and recent solo concert. Even though there have been many unpleasant words directed at G-Dragon recently, not many people can understand what he's been through. He's a bit different than most artists due to his upbringing. And frankly, his unconventional methods and bizarre style are the things that make him stand out. In a recent interview, G-Dragon reveals a bit about his past and the path he's taken to arrive where he is today. People close to G-Dragon say that's he's a very "precise and trustworthy" man; during the production of his solo album, he would check on every single detail and even goes up to the third floor to check out the concert stage. However, his first solo concert received very negative attention due to the sexual display he put on during his song Breathe. This was a big deal for G-Dragon because he had been dreaming about this concert since he was a 13-year-old. He was worried about how each audience member would view his stage. It was nerve-wracking to be on-stage with the members of Big Bang, but this stage meant so much more since he was performing as a solo artist and not an idol member. He felt frustrated because he worked so hard for this concert and then got criticized over it. G-Dragon stated,

I'm a popular artist for the public. I believe in how the public judges me. It's my fault if the public felt what I intended was too much or too inappropriate. But it wasn't a concert that was aired to the public so I wanted to show a more fierce and memorable side. I'm so sad that things weren't accepted the way I intended them to be accepted. I really ran straight forward to get to this solo concert since I was a young kid. I might be saying this because I'm still young but after the concert I thought to myself, "I don't want anything else." But then the next day, I only saw criticism on the internet so my heart felt like it was breaking. A fake laugh came out instead of tears as I asked myself, "Wherever I go, will I be criticized?" All I wanted was to show the audience various sides of me. I showed many images of myself during my performances, including a cheerful look and a cool look; why was only this part highlighted and made into an incident? The press articles of the media used such strong words in the headlines, and when I realized that my parents would see the articles, I felt embarrassed and disappointed. I didn't think too much. But I wish people wouldn't judge so quickly and pessimistically. The song Breathe is about not wanting to wake up because your ideal type keeps appearing in your dream. The song has a fantasy theme so I wanted to use the bed to show someone who's lost in his dreams. To the public, it came off as something too sexual. I thought to myself, "I'm not like that but I guess it seemed that way to people." Whether people give positive or negative comments, they are taking interest in me. If someone tells me I did something wrong, I take it as a comment to help me fix my ways. I'll listen to what everyone's saying and use it to help improve the next album. I'll do my best with the Big Bang album coming out later this year.

Late Hara's brother reveals their mother was asking celebrities for photos at Hara's funeral
8 hours ago   38   40,973 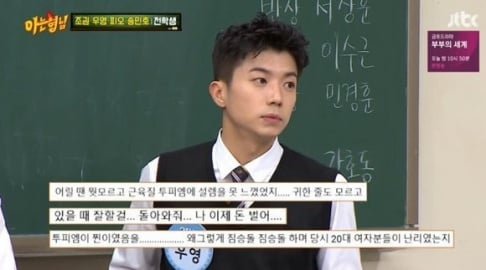 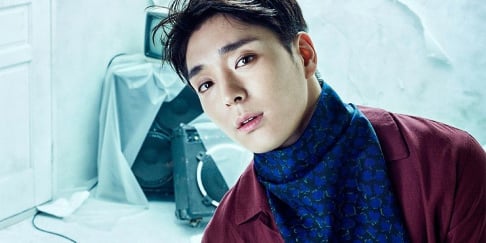 Late Hara's brother reveals their mother was asking celebrities for photos at Hara's funeral
8 hours ago   38   40,973

BLACKPINK Becomes the 8th Most Subscribed YouTube Music Channel in the World
3 days ago   55   31,327