On the March 13 broadcast of KBS2's 'Mr. House Husband', Yulhee and her family made a surprise appearance to commemorate the twins, Ah Yoon and Ah Rin's 1st birthdays!

On this day, Yulhee impressed viewers by showing how much of an expert she's become at being a mother of three. She skillfully handled feeding the twins all the while the oldest, Jae Yool,  tried to complain and not eat his meal. Instead of scolding Jae Yool, Yulhee calmly asked her son if he would be okay with not eating dessert or having enough energy to play afterward.

Later, Yulhee met up with her parents, who had brought over a cake and gifts for the twins' 1st birthday! However, due to COVID19 restrictions at the time of filming which prevented any private indoor gatherings of more than 5 people, Yulhee's parents were unable to visit Yulhee and Minhwan's home to see their grandchildren in-person.

Instead, the two grandparents came by the house and stood out in the yard, where they were able to see the twins through the window!

The MCs commented from the studio, "This is a situation you can only see because of COVID19. They must want to embrace their grandchildren so badly."

Finally, Yulhee and her mother-in-law (Minhwan's mother) began a birthday party for the twins from the living room! Yulhee's family members, as well as Minhwan's younger sister, tuned in through a video call, and the twins garnered attention for their adorableness dressed in hanbok.

Check out what special "future career" objects each of the twins grabbed for their 1st birthday, below! 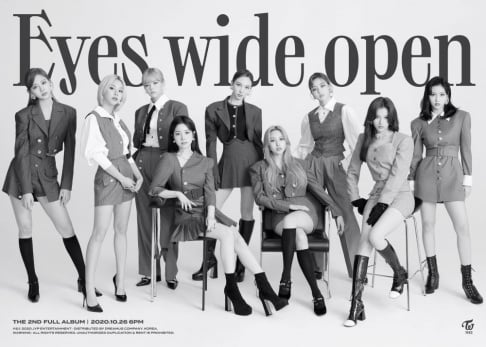 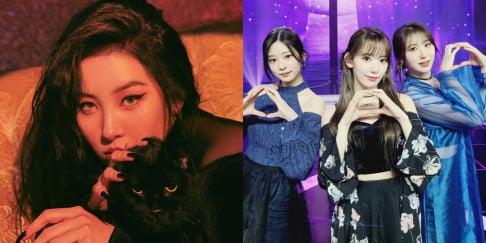 She's living such a good life

Both girls choose drumsticks each, too cute.

Baekhyun leaves a message to fans preparing them for his discharge
3 hours ago   7   4,358

Jungkook breaks his own record for the Most Viewed Real-time Individual Live on WeVerse with 16.3M views
5 hours ago   11   4,383

Staff members from the KBS drama 'The King of Tears, Lee Bang Won' have been charged with animal abuse after a horse died due to a dangerous stunt scene
22 minutes ago   2   905

Two trainees from 'Boys Planet' have everyone hooked with their "unforgettable" performance
1 hour ago   2   2,049

NCT's Lucas expected to resume activities after his photo with SM Entertainment's CEO and an Instagram update
1 day ago   100   52,381