WOODZ has officially made his return!

On June 29 KST, the Yuehwa Entertainment solo artist released his latest album 'EQUAL,' featuring title track "Love Me Harder." The album's title refers to a co-existence between his two different identities - both as WOODZ and Jo Seung Youn.

The music video for "Love Me Harder" humorously plays with the alter-ego theme, with one side of WOODZ being an everyday guy, while his Joker-like alter-ego amuses himself by pulling pranks and watching everything from the sidelines.

Meanwhile, 'EQUAL' is WOODZ's first activities since the disbandment of 'Produce X 101' project group X1, where he was previously active as a member.

Check out the music vide for "Love Me Harder" above!

This song is a whole bop! Also this is one of the better mullets I've seen on idols. He pulls it off extremely well.

His whole album is SO FIRE!!! His acting is really good too in this MV. Actor WOODZ let's go!

WayV members angrily share photos of the Sasaeng fans who followed them to an undisclosed filming location
2 hours ago   23   11,361

Netizens believed these concept photos for 'Kingdom' were actually for the Netflix show
3 hours ago   6   3,719

Netizens can't get over how good looking SM Entertainment artists were when they were young
4 hours ago   27   9,394 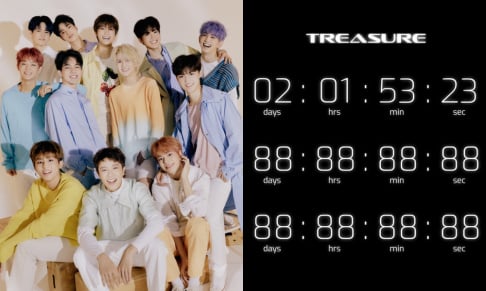 Ham So Won becomes upset with malicious comments directed at her daughter Hye Jung
1 hour ago   10   3,956

Mina lashes out at netizen demanding proof that Jimin bullied her, posts medical diagnosis from hospital
20 hours ago   218   46,057

All Witnesses Denied Seungri Involvement, Saying Police Tried To Force Them Against Seungri
2 days ago   162   35,619