While all of the cast members including Kang Ho Dong, Kim Jong Min, Yoo Byung Jae, Kim Dong Hyun, Super Junior's Shindong, and Block B's P.O. were all present for their individual poster photoshoots, the 'Great Escape' staff decided to run a little test on each member - a zombie test!

Before the photoshoot began, the members were first asked to choose which is the most likely to be eliminated first in the new season. Starting with the #1 voted member Kim Jong Min, to #2 P.O, #3 Kim Dong Hyun, #4 Kang Ho Dong, #5 Yoo Byung Jae, and #6 Shindong, watch above and below to see how much tolerance these cast members have developed against the infamous, fearsome zombie attacks of 'Great Escape', as they begin season 3!

Fans of tvN's 'Great Escape' will have just a few more weeks to wait, as the new season 3 premieres this March 1 at 10:40 PM KST!

Yay! Cant wait For another season! Watched season 2 and it was awesome! Sadly I couldnt find the last ep. Ep 13 or 23? Dont remember but it was where the cast watch the edited out scenes or some thing like that.

Brave Girls change the album cover to 'Rollin'' per fans' request as song continues to climb up realtime charts
5 hours ago   17   11,516 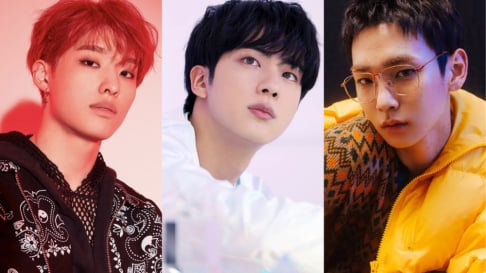 Mido & Parasol members from 'Hospital Playlist' gather around for a cozy winter trip on 'Camping Playlist'
2 hours ago   8   2,206

Lee Hyori revealed to have participated as a producer in Soyu's solo comeback track
2 hours ago   0   1,255

All members of SF9 renew their contracts with FNC Entertainment
3 hours ago   5   2,587

[TW] Person claiming to be Hyunjoo's little brother says she left April because she was bullied by the members to the point where she got suicidal
2 days ago   104   40,673

German radio DJ releases an apology after his Instagram is flooded with angry comments
4 days ago   89   28,978