On September 28 KST, 935 Entertainment released an official statement revealing that actor Nam Goong Min and model/actress Jin Ah Reum will be getting married this October.

Below is 935 Entertainment's official statement:

"Hello. This is 935 Entertainment.

Actor Nam Goong Min will be officially be tying the knot with his longtime partner Jin Ah Reum.

Their wedding will be held on October 7 KST in Seoul, and will quietly take place with close friends and families. As the ceremony will be held privately, please be understanding of the factthat we are unable to offer additional details.

We ask for your warm encouragement and blessings for the two individuals who are taking a meaningful step forward in their lives, and we will work hard to repay your love by greeting you with only good sides of us.


Nam Goong Min and Jin Ah Reum first met as director and actor, respectively, in the 2015 short film 'Light My Fire'. They then began dating in 2016, and will be finally be getting married after nearly six years of being together. 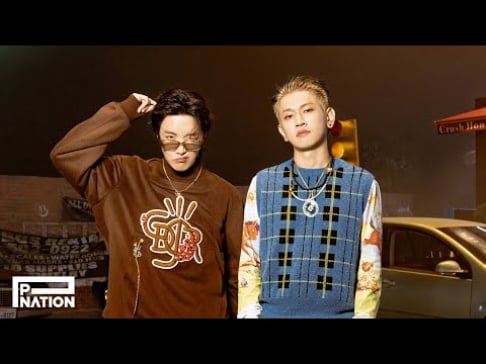 Congratulations to them both 🎉

Controversial YouTuber Sojang claims Jinni was removed from NMIXX after being caught visiting motels with another male idol
4 hours ago   64   38,379

Jinni‘s last message to fans on Bubble has sparked speculation that she was kicked out from NMIXX
5 hours ago   16   27,649

Jin makes history in 2022 by becoming one of the Top 3 biggest K-pop solo albums streaming debuts on Spotify in its first week, with just one track
10 minutes ago   0   108

Controversial YouTuber Sojang claims Jinni was removed from NMIXX after being caught visiting motels with another male idol
4 hours ago   64   38,379