Like any K-pop idol group after seven years, ASTRO is currently going through a period in which the members are at a crossroads as to whether they will renew their contract with Fantagio or move to another management agency.

Recently, one ASTRO fan pointed out that it seems that Fantagio is promoting the members who renewed their contract more than the members who have not yet done so. The fan took it to a popular Korean online community Nate Pann and let out her frustrations.

She explained, "Fantagio, please don't discriminate against the members!!! I wonder if this is discrimination against the members who renewed the contract and the ones that didn't."  The fan continued to explain that it seems that Fantagio has been promoting one member more often recently and promoting the other members once in a while.

The fan continued to say, "I'm sorry I am causing a commotion with the other fans and I also think - in the perspective of the company - it is only right to promote the members who renewed their contract more. But then, there is so much Cha Eun Woo contributed to the company so I think they should do their best to support his solo activities until the contract expires. I'm just angry at the company that is not even doing that."

Despite her concerns, there were mixed opinions on this matter as other netizens commented, "I feel like ASTRO fans are all saying Fantagio is discriminating against their favorite member lol," "I'm from another fandom but I think Moonbin should be promoted individually more, he's so charming," "Well it is true there has to be some differentiation in how the company treats the members who renewed the contract and those who didn't," "I feel like this argument is pointless," and "Which members are the ones that renewed and those who didn't?"

"The original and new legends," Fans looking forward to both Girls' Generation and BLACKPINK making their respective comebacks in August 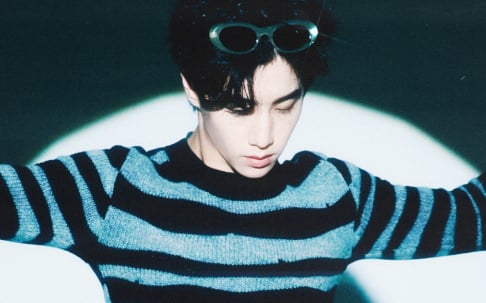 *lmao* So what? The one who we usually see most of the time is really just Cha Eun Woo. Let the other members shine for once. They deserve it as well.

Moonbin is the second most popular and I rather see him get pushed because Cha Eun Woo is always on allkpop and always getting pushed by his company.

"We will likely be even more awkward now", Junsu takes to personal Instagram to deny dating rumors with former Lovelyz member Kei
3 hours ago   7   6,881

A former male contestant on Mnet's 'Produce 101' season 2 sentenced to probation for threatening ex-girlfriend with a weapon
6 hours ago   25   12,251

Even though 4th generation girl groups are all the rage these days, BLACKPINK is still BLACKPINK
11 hours ago   44   23,520

IVE's Wonyoung is the 1st Korean artist to be selected as ambassador for French jewelry brand 'FRED'
1 hour ago   2   1,078