Ha Sung Woon and BTS member Jimin have racked up an impressive achievement on one of the Billboard charts.

According to Billboard's chart latest update for the 'Digital Song Sales Chart,' Ha Sung Woon and Jimin's collaboration OST "With You" for the drama 'Our Blues,' debuted straight at #1 on the chart. This marks the first-ever #1 hit for both artists. 'With You' also became the second Korean OST to land atop the chart, joining V's 'Christmas Tree.'

Ha Sung Woon and Jimin joined BTS, SUGA, V, and Psy as the only Korean acts in history to have at least one song debuting at #1 on Billboard's 'Digital Song Sales Chart' in the US.

Congratulations to Ha Sung Woon and Jimin! Have you watched their MV for "With You"?

# 1 yep 👑 Impressive achievement. Did that with only less than 5 Days of tracking. Congratulations ✨

Congratulations Jimin and Sungwon for this big achievement on your fisrt OST. And Jimin, debuting at #1 Billboard Digital Sales Chart with your first work as individual artists! How amazing is that. 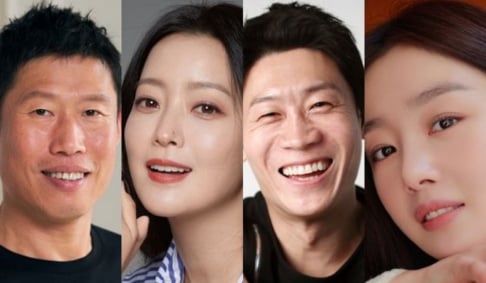 Netizens accuse HYBE of lying on the official statement regarding LE SSERAFIM's Kim Garam
1 day ago   252   64,248