On the afternoon of May 21, the members of BTS greeted reporters at Seoul's Olympic Hall for their global press conference, commemorating the release of "Butter"!

First, BTS were asked why they chose to release another English-language track. SUGA began, "We cannot say that we did not take into account the 'Grammy Awards'. The goal of winning a 'Grammy Award' still stands. We plan to aim for it once again. We hope to see good results."

RM added on, "Just as many people wondered, it's true that we were thinking about the 'Grammys'. We would like to do our best and aim for it once again."

When asked to describe their 2nd ever English single "Butter", Jimin shared, "We wanted to prepare a song that everyone could listen to easily. There is no huge message or anything like that. It is a cute confession song, saying that I want to melt you softly like butter. We wanted to capture various types of charms, just like butter, cute and sleazy and charismatic."

Finally, BTS's resident fortune teller SUGA was asked to make a prediction on "Butter" ranking on the Billboard charts. SUGA revealed, "We are thankful for everyone's anticipation. I think that we can hit #1 on the Billboard 'Hot 100'. I think we need to hit #1, and so we will." 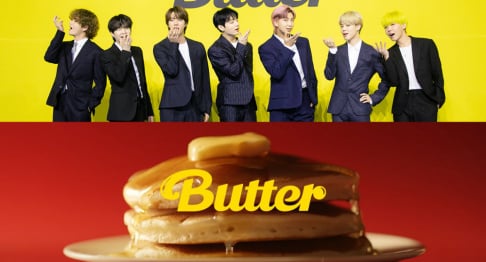 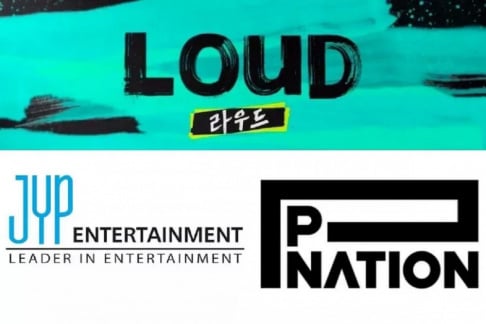 Sigh. I understand this is a dream for them but I hope they realise that grammy or not they are still very sucessful than literally anyone else i hope they dont start westernizing their music for the sake of a grammy 😭

Its actually sad, that thsy release song with the sole purpose to be nominated for grammy.... its not even their song... only RM i think took part in writing ? Songs worth Grammy are song like Save Me, Spring Day, The Truth Untold, BST.. but they dont fit the mould... so its a bit disapointing to see how BTS are trying to fot the mould... when exactly being different is what made them famous...

Lee Seung Gi forwards notice of his intention to terminate his contract with Hook Entertainment
1 hour ago   1   3,588

Lee Seung Gi forwards notice of his intention to terminate his contract with Hook Entertainment
1 hour ago   1   3,588

LE SSERAFIM's Sakura shares about the Korean expression she had a hard time adjusting to
1 hour ago   2   3,497

Another brand company steps up to defend Chuu from Blockberry Creative's claims of her power abuse
1 day ago   45   26,787