Justice Party's Rep. Ryu Ho Jung, who caused controversy by attending the plenary session wearing a short dress, made headlines once again after attending the parliamentary audit wearing a helmet and work clothes.

Representative Ryu stated during the parliamentary audit, "I wore my costume of power distribution workers to ask questions to the Korea Electic Power Corp on behalf of the workers. I hope this can lead to a change in KEPCO's attitude." as she directed her questions to Kim Jong Kap, the president of KEPCO company on October 15th.

On this day, Ryu Ho Jung pointed out that wiring workers belonging to KEPCO's subcontractors are exposed to electric shock, burns, and musculoskeletal disorders at all times due to excessive exposure to electromagnetic waves.

According to data provided by Rep Ryu's office, workers cannot block all the electromagnetic waves generated from 22,900 volts even if they use insulated gloves and insulating rubber equipment in the case of the "live wire construction method," in which workers replace electric wires with their hands while power is flowing.

In fact, workers were diagnosed with leukemia caused by electromagnetic waves generated from high-voltage currents in February 2018.

Since then, KEPCO has replaced its working methods with "indirect construction methods," but this also puts a physical burden on workers, according to representative Ryu Ho Jung. The "indirect construction method" requires workers to use equipment called Smart Sticks on both arms. However, each smart stick weighs between 5 and 6 kilograms, heavily weighing down both arms.

According to data from the National Construction Workers' Union, more and more workers have complained of musculoskeletal symptoms since the smart stick construction law took effect in 2017.

In response, the president of the KEPCO stated that the company is continuing to improve the equipment being used in the field. He stated, "We will put more effort into improving equipment used by the field workers."

After seeing Rep. Ryu Ho Jung's attire, many netizens believe that she is seeking attention by wearing eye-catching clothing. Previously, she made headlines when she appeared at the plenary session wearing a short sun-dress.

Many people wonder if it was necessary for the representative to be dressed in such a costume to get her message across during the parliamentary audit. Many netizens have criticized Ryu Ho Jung calling her "Attention thirsty" and saying, "What is wrong with her? She's a total attention wh***." Netizens criticized that she is not dressed properly for the occasion and wonder what her intentions in dressing in such a way for a serious event.

Well it probably brought more attention to the issue.

Wonho fans say he deserves more promotions and the agency should be doing more
3 hours ago   19   3,011

Kwanghee reveals he had a difficult time adjusting to the entertainment industry and often cried in the MBC bathroom alone
4 hours ago   5   4,055 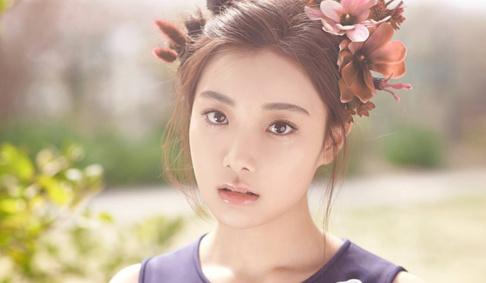 What kind? GIRLKIND! 3 reasons why you should check out this underrated girl group
35 minutes ago   2   531