TXT are ready to jump into a retro videogame in their new concept photos for 'minisode1 : Blue Hour'

Previously, TXT unveiled a 'pixel art' teaser as they prepare for their comeback. The pixel art teaser reminds viewers of the retro games from the past.

The group continues with the same concept as the members become the characters of a video game. They released the 'R Version' of the concept photos on September 29 at midnight KST. The first of the teaser photos show a window with the five members listed as the options followed by the collection of individual concept photos.

Each member is showing off their charms in the album of photos.

TXT will be making their comeback on October 26 with their upcoming mini-album 'minisode 1: Blue Hour'.

If you go to their official page (https://ibighit.com/txt/eng/di...), scroll down to 'photo' section and then enter the passcode 0304 (their debut date), you can see more pictures and videos :) 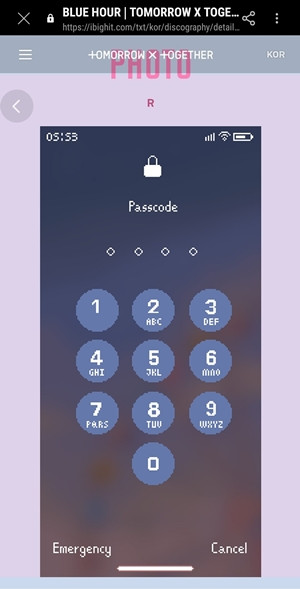 These photos are so interesting. I’m looking forward to this comeback!

The man who stalked T-ara's Soyeon reportedly found her home by pressing all the door bells in her apartment building
2 hours ago   10   3,601

'River Where the Moon Rises' actors decide to re-film the drama without guarantee pay
1 hour ago   7   5,672

Netizens are hoping Mina finds the strength and reveals the celebrity who allegedly sexually assaulted her
3 hours ago   55   17,509

'River Where the Moon Rises' actors decide to re-film the drama without guarantee pay
1 hour ago   7   5,672

Transgender celebrity Harisu responds to hate comments telling her she's not a woman
16 hours ago   162   20,294

Mina says she was sexually assaulted by a famous celebrity when she was in middle school
18 hours ago   97   38,235