In the interview, Jungkook revealed that this song has a melody of his personal taste and J-Hope complimented Jungkook for writing a beautiful song.

"Your Eyes Tell" is a song from BTS' fourth full-length Japanese album and will be used as a theme song for the Japanese movie of the same title.

This movie will be released in October and is the Japanese remake of the Korean movie 'Always' which starred actor So Ji Sub and Han Hyo Joo. 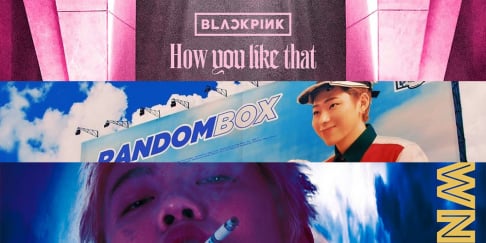 Im so excited for the release of this album! Loved Stay Gold and I loved this song even more, the 15th cant come quick enough.

The vocal line is amazing! They were so clean and on point.

Famous girl group member 'A' allegedly spotted outside the residence of major agency boy group member 'B'
5 hours ago   50   48,748

On Indian Independence day, an Indian teacher caught threatening a student over being a fan of "lipstick-wearing" BTS-- sparks debate on toxic anti-fan culture in India
1 day ago   146   114,436

NewJeans' Minji rejected a personal offer from Lee Soo Man to become the center of an SM Entertainment group
2 days ago   94   124,375