TWICE's Tzuyu reportedly in self-quarantine after arriving in Taiwan

TWICE's Tzuyu is reportedly in self-quarantine after arriving at her parents' home in Taiwan.

On March 8, Taiwanese media outlet Liberty Times reported on an interview with Tzuyu's mother Huang Yen Ling, and according to the article, the TWICE member arrived in Taiwan on March 3 and was directed to remain under self-quarantine for 14 days per the coronavirus quarantine policy of Taiwanese authorities.

Mrs. Huang stated, "Tzuyu is in a frustrating situation because she can't leave the house for 14 days, but we need to cooperate with the government's quarantine policy." Tzuyu's mother also stated the girl group member is using the self-quarantine period as a vacation by watching movies or exercising at home.

In related news, Tzuyu previously received criticism from Chinese netizens after she donated 50 million Won ($41,932.62 USD) to prevent the spread of the coronavirus in South Korea. However, the criticism turned to praise when it was confirmed she also donated 300,000 RMB ($43,147 USD) to a Chinese volunteer group.

This is old news. She’s been in self-quarantine for a week already. Her mom said it herself last week. Good that Tzuyu isn’t taking any risks tho!

AKP BUZZ
Weather forecaster caught looking at her phone during a 'KBS' news segment
2 hours ago   15   5,216

AKP BUZZ
Weather forecaster caught looking at her phone during a 'KBS' news segment
2 hours ago   15   5,216 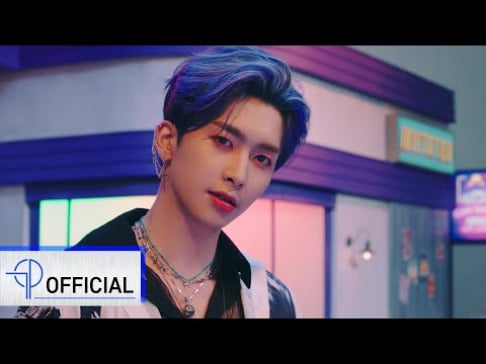 BTS Jimin set new record as the first and only Korean soloist with 2 songs surpassing 100M streams on Spotify!
8 hours ago   11   928