On November 27, singer Sung Si Kyung made a guest appearance on KBS Happy FM radio broadcast, 'Every Day With You, Jo Gyu Chan'.

During the broadcast, Sung Si Kyung brought up the topic of 'sajaegi' on digital music streaming charts, currently a heated controversy. The singer said, "There's a lot of talk about 'sajaegi' lately, and I've actually heard stories about it."

He continued, "I heard from music producers that these days, songs aren't allowed to have instrumental preludes or interludes. Such companies [who serve as proxies for songs to earn more streams] request songs asking, 'Get rid of the prelude and make the title this'."

Sung Si Kyung also recalled, "A Hyung I know who writes music received a request for a song that was made separately, and the company asked, 'Can you change the lyrics to this', so he denied the company and did not give away his song. When I heard that, I realized that there are companies like that after all."

Earlier this week, Block B member/solo artist Park Kyung caused a stir by openly naming certain artists who were allegedly under suspicion of 'sajaegi', bringing focus to the controversial topic. Since then, more and more musicians have been speaking out against 'sajaegi', with netizens also voicing their support.

finally artists are speaking up in open about chart manipulation. mommy son (mad clown) just dropped a diss track and a drummer from an indie band (kim ganji) also revealed how they were approached by brokers for chart manipulation and how it could be hidden. even top singers/producers like yoon jong shin and JYP requested investigations. i still remember when AKP thought nilo and shaun were legit when people in the korean music industry knew they were committing sajaegi. doesn't matter if their song is "good" if they achieved results using immoral methods.

for someone that truly loves music from the bottom of their hearts like me... as long as I can remember being alive I always spent my days listening to all genres seeing the ugly sides of the music industry can be extremely heartbreaking. "get rid of the prelude" "change the lyrics" really.... the soulless feeling from reading those words alone made me bitter.

i love intros, I love outros, skits, interludes and everything about full albums I hate seeing it die you cannot get anything from just a stupid single song released to make an artist say relevant on a chart, there's no beauty in it. 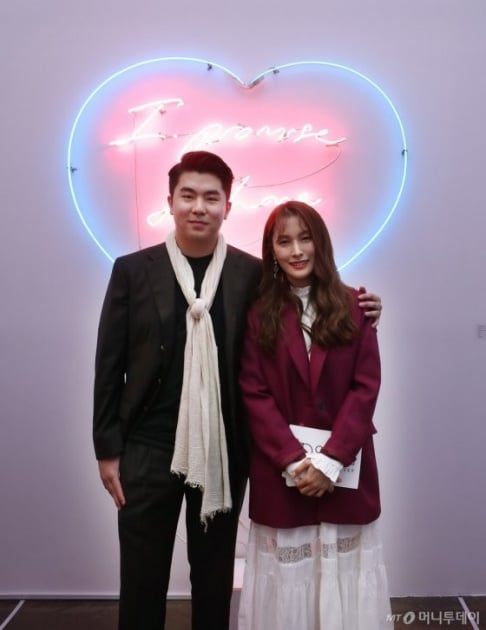 Former KARA member Gyuri expresses her undying affection for her boyfriend in exclusive interview
50 minutes ago   1   1,913

BTS Jungkook gets a shout out for being the pivotal cause of the increase in sales of the V2 Multi-colour shoes
9 hours ago   6   2,349