Four male K-Pop idols from four different groups have decided to step out of the comfort of their familiar teams and stand alone, for an edgy, modern photoshoot series with 'GQ Korea'!

As you can see below, K-Pop idols MONSTA X's Hyungwon, Pentagon's Wooseok, SF9's Hwiyoung, and The Boyz's Younghoon shed their fixed images within their respective teams, in order to showcase a much more individualistic side to each person.

Each of the idols also opened up in very honest, personal interviews about themselves after the pictorial, as Hyungwon shared what he was like as a child. He said, "When I was young, I wanted to be a lawyer. It seemed cool to get in a fiery debate as a representative for someone else. In middle school, I wanted to become an actor, and my parents were very against it. In the end, they weren't able to break my resolve."

Next, Pentagon's Wooseok explained in his solo interview that unlike his big appearance, he's a soft and laid-back person. "I'm laid-back, I talk very slowly, and dislike raised voices. When I run into a conflict, I always apologize first, but I don't believe that it's necessarily me being a pushover. Maybe I'm just optimistic that way," Wooseok analyzed about himself.

In SF9 Hwiyoung's case, the idol wasn't afraid to admit that he's a weak and lonely type of person. He also named his favorite type of stories, with, "I love romance stories. Because I need love. I love heartwarming stories. I love romance stories like Heath Ledger's '10 Things I Hate About You'. I like it because it's unrealistic. I hope that it was only beautiful like in the stories, whether it be my life or my love life."

Finally, The Boyz's Younghoon clarified his 'Prince' image, stating, "When I tried to say 'Well, I'm just handsome' on varieties as an act, people really thought I was some narcissist. I was only trying to be funny!" Younghoon also added on that he's the reserved and shy type, and that in his heart, he's still in his teens with no intention of maturing just yet.

You can visit 'GQ Korea's official website for each idol's full interview.

HANDSOME MEN ❤️❤️ TOO MUCH VISUAL

Roy Kim makes an official apology to fans after being cleared of sexual misconduct allegations in regard to Jung Joon Young's chatroom
4 hours ago   9   7,458

Netizens debate when a celebrity can be forgiven for their crimes
44 minutes ago   8   2,857 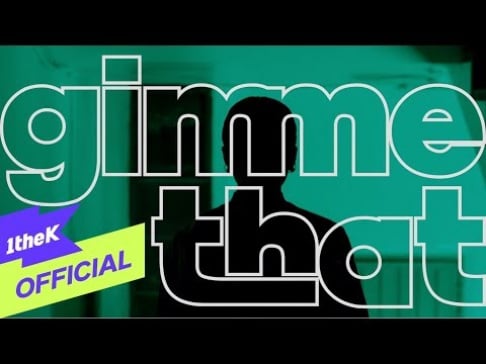 Fans worried about rapper C Jamm after he posts picture of his bruised back
2 hours ago   4   5,826

Netizens angry at Seolhyun for having fun in New York while South Korea is struggling through the Coronavirus outbreak
6 hours ago   102   48,129

Roy Kim makes an official apology to fans after being cleared of sexual misconduct allegations in regard to Jung Joon Young's chatroom
4 hours ago   9   7,458

Roy Kim's label confirms in an official statement that he has been pardoned of any illegal photo distribution charges
17 hours ago   21   10,743