On the May 29 airing of MBC's 'Radio Star,' Giant Pink shared, "I lost 25kgs for my debut," and revealed her middle school photo.

MC Kim Gu Ra pointed out she also resembles singer Kim Wan Sun. To this, Giant Pink said, "I heard Kim Wan Sun and Sunmi often too. It's nice to hear I look similar to such sexy people."

Meanwhile, netizens are cracking up at Giant Pink's middle school photo, commenting, "LOLOL She doesn't even look like his sister. She just looks like Swings with a wig," "She's just Swings lol," "They are like twins lolol"

Wow, the resemblance is uncanny! lolololol

Its hilarious, Thought they're twins for a sec😅

Former Girl Group member states she is pregnant after having a relationship by being "sponsored" + Updated statement from her agency
10 hours ago   37   118,070 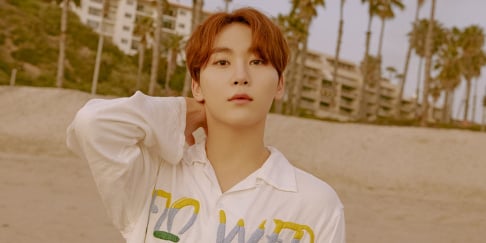 Seungkwan to return to promotions with 'SEVENTEEN in CARAT LAND' fan meeting + minimal participation in performance stages
2 hours ago   0   1,159