SHINee's Taemin will be attending his first variety recording in light of his comeback, today (January 30)!

In preparation for the release of his 2nd mini album 'Want', coming this February 11, Taemin has chosen JTBC's 'Idol Room' as his first variety to promote his return.

Yessssssssssss I've been waiting for this

Big Hit Entertainment reiterates earlier statement of response to speech sample used in 'What Do You Think?'
2 hours ago   25   11,392 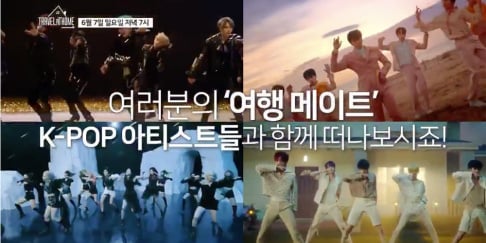 Stray Kids to partner up with 'M2' for newest season of web reality 'Finding Stray Kids: Latest Edition'
2 hours ago   1   637

EXO Kai's baby nephew gains attention for his good looks and similarities to his uncle
12 hours ago   8   24,075

Informant A reveals that BTS Suga was well aware it was Jim Jones' speech and intentionally sampled it for his mixtape
11 hours ago   161   24,213

Big Hit Entertainment reiterates earlier statement of response to speech sample used in 'What Do You Think?'
2 hours ago   25   11,392