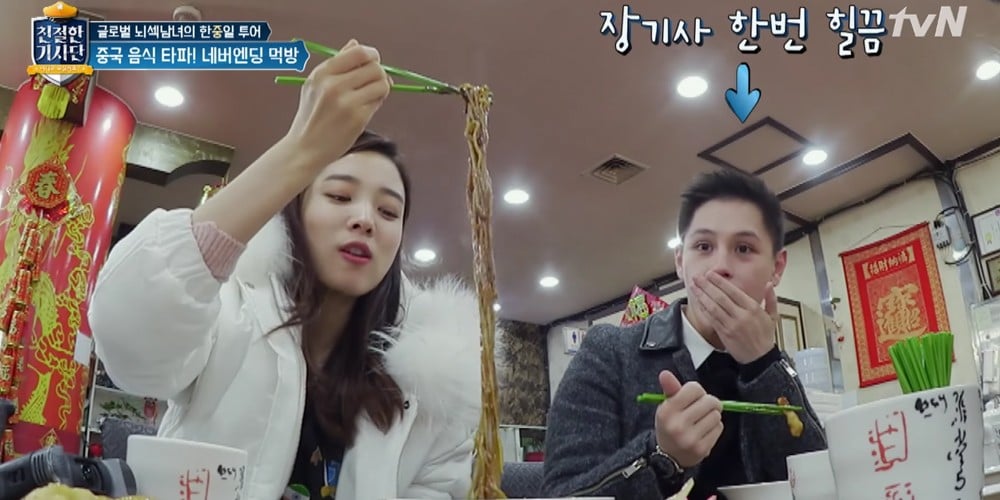 On the March 7 broadcast of tvN's 'Friendly Driver', the cast picked up a group of young tourists from various parts of the world - one from Hong Kong, one from France, and one from Belarus.
The 'Driver' crew including Lee Soo Geun, Kim Young Chul, Yoon So Hee, and Microdot's fill in for the day Stella Jang, took the young tourist group out to Incheon's Chinatown! For lunch, they stopped at a Korean-style Chinese restaurant for jajangmyun, tangsuyuk, fried dumplings, and more.
Jackie, the tourists from Hong Kong, was asked to compare Korea's jajangmyun to its mother dish, China's zhajjangmian. He said, "This (the Korean dish) is more salty. In Hong Kong, they have a little bit more spice. It's spicy, and it's more sour. And the sauce, it doesn't look black, it looks a bit red (the Hong Kong dish)." Jackie also pointed out that in Hong Kong, zhajjangmian is a dish most often found to-go from food trucks, and that students eat it on their way to school or on their way home after school.
Later on, Jackie mentioned watching Korean female stars on tv, and how they "can't eat anything," to actress Yoon So Hee. The actress clarified, "Actually they eat a lot, and they exercise a lot. They just go on a diet when they have something to film."
Catch the jajangmyun mukbang on this week's 'Friendly Driver' above!
Share this article
Facebook
Twitter
0 13,162 Share Be the first to vote 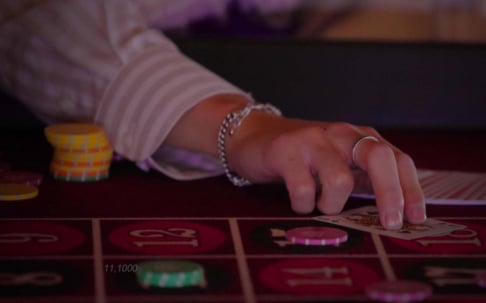