Why did angry citizens start to put Post-It Notes on an illegally parked car?

This was actually a performance for a campaign against illegal parking that was sponsored by Busan city.

The photos and video of the performance were recently shared on Busan city's official Facebook page. 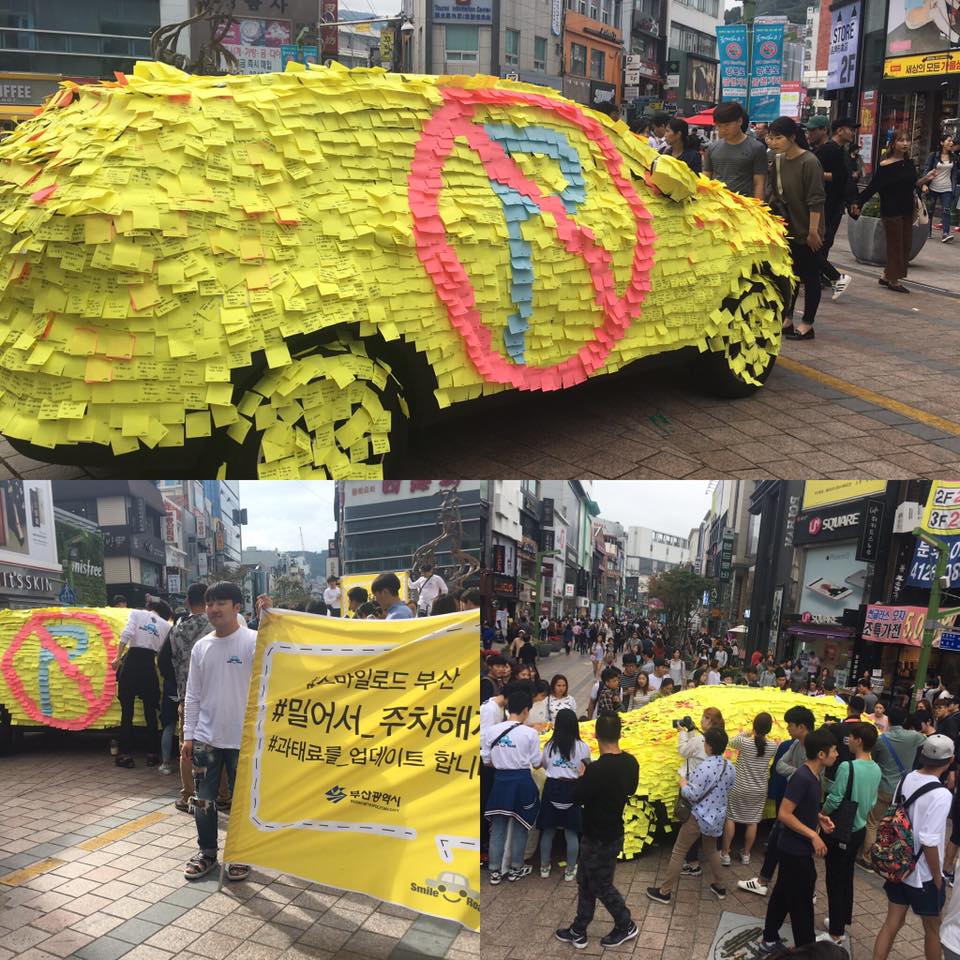 This performance was carried out on the busiest street intersection of Busan by having citizens stick Post-It Notes on a car that was illegally parked in the middle of the street.

Each note had messages and thoughts on illegal parking written by the residents of Busan. By the end of the performance, the car, covered in colorful Post-In Notes almost seemed to be a work of art. The 'No Parking' sign in the middle of the car especially stood out.

This campaign performance seems to be inspired by an event that was done by a Brazillian Youtuber who protested a car illegally parked in a handicap parking spot by covering the car with sticky notes.

Check out the performance in action in the video!

The Korean Intellectual Property Office rejects HYBE's application to trademark 'BORAHAE' because it belongs to Kim Taehyung
58 minutes ago   9   7,354

A cybersecurity expert says it will be very difficult to apprehend the individual who leaked personal images of BLACKPINK's Jennie and BTSâ€™s V
33 minutes ago   1   2,988

The Korean Intellectual Property Office rejects HYBE's application to trademark 'BORAHAE' because it belongs to Kim Taehyung
58 minutes ago   9   7,354

Crush's recent Instagram story raises questions on whether he is referring to recent events related to ITZY Ryujin's 'V Live'
2 days ago   56   109,509