YG Entertainment is reported to be trying to branch into the fast food industry, with an M&A or merger & acquisition of KFC's Korean operations. The acquisition, which had progressed to the due diligence phase, suddenly came to a screeching halt due to various circumstances, but talks have begun again for YG to possibly acquire the fast food chain.

According to reports from the investment banking industry that were released on October 19, private equity fund CVC Capital Partners has been initiating the appropriate measures to sell the Korean KFC operations to the label. CVC owns a 100% stake in SRS Korea, the sole franchisee of KFC in Korea. This is the first time that YG Entertainment is attempting a takeover of a foreign fast food franchise. An investment banking insider stated, "The consortium consisting of YG Entertainment and private equity funds relayed to CVC their intention to acquire KFC and proceeded to the due diligence phase. Negotiations first began this past August but due to the a sudden switching of CVC's Korean representative in September, schedules were delayed." CVC's original sales terms had changed after Im Suk Jung, who was previously at JP Morgan, was appointed as CVC's new Korean delegate.

In the unstable entertainment industry where it's difficult to rely on a steady profit stream from artist promotions and album sales alone, many companies have diversified into other businesses such as gaming, food, and clothing to boost their bottom lines. Investors believe that the fast food chicken franchise, in which sales is significantly impacted by celebrity sponsorships, is a lucrative business worthy of the entertainment industry's time.

Some netizens are responding with comments such as, "I wish they would do something already, preparing their artists for comebacks and whatnot," "It's great that they're trying to expand their horizons and all... but let's take care of the artists first," and a lot of comments that read, "Hul~" (the Korean equivalent of 'omg' or 'WTF'). Hul indeed.

Koo Sarang, the child actress who Jimin gave presents to after SBS Gayo Daejeon, and her parents become criticized for animal abuse
8 hours ago   125   108,311 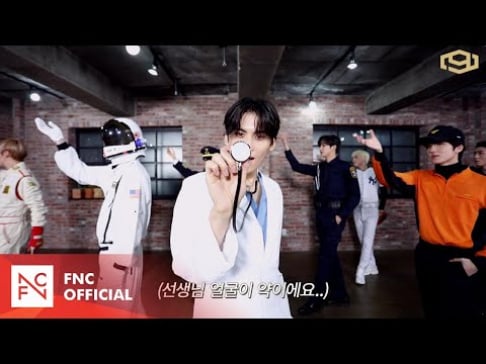 GreatGuys to become 1st K-pop act to hold concert in Dominican Republic next month
6 hours ago   5   1,191