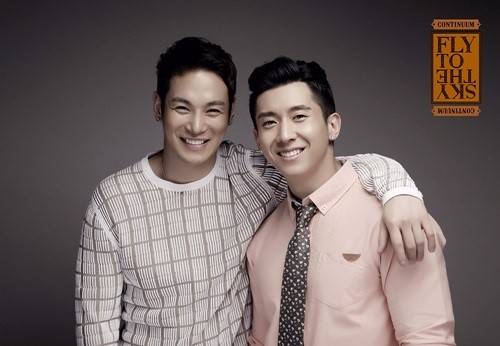 After sweeping real-time charts with "You You You", Fly to the Sky announced that they will kick off their comeback stages on 'Music Core' this weekend!

The duo released their ninth full-length album 'CONTINUUM' on the 20th and achieved an all-kill on real-time charts within one hour, already confirming the veteran group's successful comeback.

Don't miss their comeback stage on 'Music Core' this Saturday!

Girls' Generation's Taeyeon says she is most drawn to these rookie girl groups
1 hour ago   3   4,135

Kang Daniel announces his upcoming VR fan meeting event, in celebration of his two-year anniversary as a solo artist
1 hour ago   4   372

Minister of Culture, Sports, and Tourism says, "I will definitely write a recommendation for BTS to postpone their enlistment"
11 hours ago   95   11,262

aespa's 'Next Level' dance practice video under fire for alleged sexualization of office workers
20 hours ago   131   44,143

Aespa fans furious as the girl group's MelOn profile is terrorized by trolls after reaching number 1
1 day ago   182   23,480