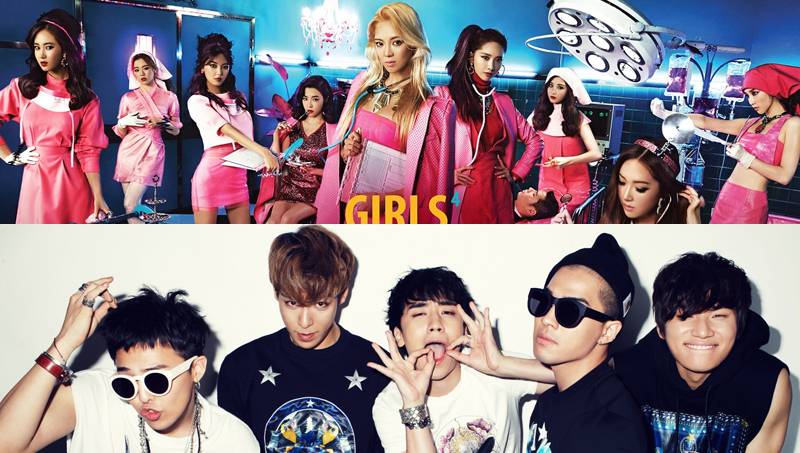 'Forbes Korea' released their '2014 Korean Celebrity 40' list for which they selected and ranked the 40 top stars in the nation.

Girls' Generation ranked in first place, but this comes as no surprise as they had previously topped the list in both 2011 and 2012.  As a matter of fact, they have always ranked in the top five since 2009, making them the only celebrity to have made the top 5 for 6 years straight.

For this year's list, 'Forbes Korea' chose about 100 candidates through name search rankings and then did a collaborative ranking based on four parts: sales, exposure in media, broadcasting activities, and professionalism.  Girls' Generation are also the only ones that ranked in the top 10 this year in all four sections. 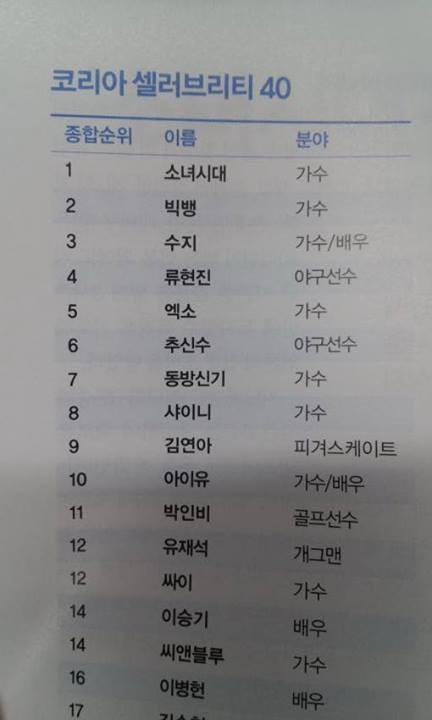 'The Late Late Show With James Corden' deletes videos of the host calling BTS's appearance at the UN 'unusual' in response to backlash from ARMYs
2 days ago   142   90,169