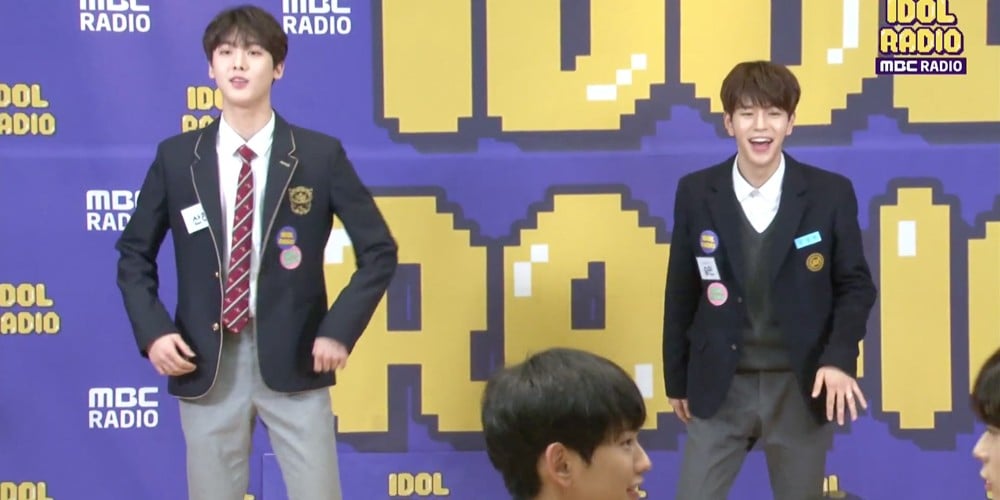 The November 12 airing of MBC's 'Idol Radio' had a special guest panel - the "students" of 'Idol Radio High School'!

On this broadcast, the 4 high school idols discussed what they've been up to lately, the upcoming CSATs (which Sanha revealed he was not taking), as well as sending out open-hearted messages to their close hyungs.

Yu Seon Ho and Lee Eui Woong then had a throwback to the old days and performed "Pick Me" from 'Produce 101' season 2 together, followed by a medley of songs like "Sorry, Sorry", "Ko Ko Bop", "Fire", "Likey", and more. Likewise, Stray Kids's Seungmin and ASTRO's Sanha had a medley dance time of their own with Seungmin performing various JYPE sunbae group tracks as well as "DNA" plus Sanha performing "Dope" and "Bang Bang Bang".

Hong Suk Chun calls out conservative YouTuber who keeps mentioning him
3 hours ago   20   6,961

Korean netizens in awe over the unrivaled scale of BTS concerts all over the world
6 hours ago   16   12,959

Hong Suk Chun calls out conservative YouTuber who keeps mentioning him
3 hours ago   20   6,961

Chinese newspaper suggests BTS was nominated for Grammys thanks to China, suggest they "think twice before voicing their opinions in public"
2 days ago   121   32,867