On Indian Independence day, an Indian teacher caught threatening a student over being a fan of "lipstick-wearing" BTS-- sparks debate on toxic anti-fan culture in India

A video has been making rounds where a teacher from Physicswalla is seen threatening a student.

Accounts vary for the reason for this outburst. Some say the entire feed was filled with sentences like "Marry me" or even curse words when he spotted the word BTS; others say the student simply had the word BTS fan in her name.

Regardless this reaction is unwarranted and could face action from the Indian Penal Code Section 506. It's high time such comments against women and their harmless interests be let off with a slap on their wrist. However, this could spark a new wave of outrage against the treatment fangirls get in mainstream circles where the word feminism alone provokes vitriol.

This backlash against teenage girls and their hobbies is nothing new, unfortunately, but mixed with India's misogynistic echo-chambers can bring about illogical stereotypes.

It's truly a shame that prejudice against women is so deeply entrenched in "meme culture" in India that they forget their humanity for internet brownie points from strangers.

This brings us to the question would they have cheered if a football or cricket-related user name was called out? In a country whose toxic sports fan culture has made several rounds, an incident like this is seen as a pathetic victory against an imaginary caricature of a "teenage girl" that doesn't exist. 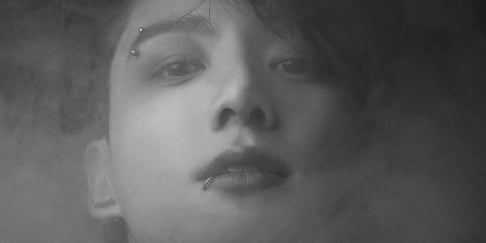 BTS's Jungkook reveals foggy mood 'Night' teaser for 'Me, Myself, and Jung Kook' 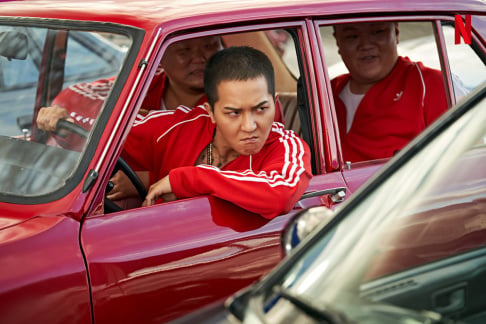 This article doesn't say much so let me give you a context.

so this guy gives online lectures, and one of the student(a girl) started talking about BTS in comment section which was meant for asking queries. She started asking questions like "did you listen to BTS songs and other such questions"

and after that comment section also started filling with BTS related things. So this teacher got angry for not paying attention to the lecture and said "If you weren’t a girl, I would’ve grabbed your collar and slapped you. Your cheeks would’ve been swollen so much that you wouldn’t be able to say ‘BTS’…I would’ve punched you so hard your nose would start bleeding.”

This article is a disgrace again... please read the story at an another site to get the whole picture. - And yes when your parents pay for your tuition you shall listen and study! It is not about BTS or disregarding women it is about listen when I talk to you on the lesson...

BLACKPINK's Rose steals the spotlight with her elegance at the Saint Laurent after-dinner party
2 hours ago   4   5,219

"It was so easy to break up with him," K-netizens comment on how fast Park Min Young stated she broke up with businessman Kang Jong Hyun
3 hours ago   18   21,664

A fan suddenly jumps up on the stage during CL's performance at the Chung-Ang University festival
5 hours ago   20   7,649

BLACKPINK's Rose steals the spotlight with her elegance at the Saint Laurent after-dinner party
2 hours ago   4   5,219

K-netizens believe the person leaking V and Jennie's photos could be an employee of YG Entertainment
1 day ago   79   101,143