OMEGA X will be heading to Latin America for their first world tour!

On July 24, OMEGA X announced the dates and locations for the Latin American leg of their first-ever world tour, 'Connect: Don't Give Up'. The boy group will be meeting their fans in Guadalajara, México; México City; Merida, México; Bogotá, Colombia; and São Paulo, Brasil from September 16 to September 28.

Meanwhile, the group recently made a comeback with their first full-length album 'Story Written in Music', which features "Play Dumb" as its title song.

ITZY's 'Checkmate' debuts at #8 on Billboard 200 this week 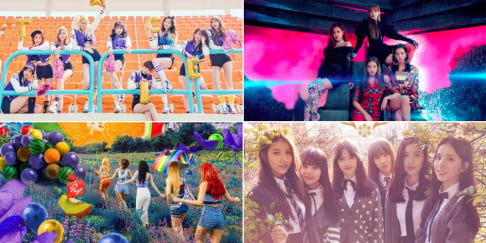 "We will likely be even more awkward now", Junsu takes to personal Instagram to deny dating rumors with former Lovelyz member Kei
2 hours ago   6   5,013

A former male contestant on Mnet's 'Produce 101' season 2 sentenced to probation for threatening ex-girlfriend with a weapon
4 hours ago   20   10,965

Kang Tae Oh gives a good laugh with his little slip-up while celebrating the end of 'Extraordinary Attorney Woo'
3 hours ago   3   4,106

"We will likely be even more awkward now", Junsu takes to personal Instagram to deny dating rumors with former Lovelyz member Kei
2 hours ago   6   5,013

Fromis_9 members and Pentagon's Wooseok allegedly seen entering a room bar together in Hongdae
1 day ago   106   83,122

Famous girl group member 'A' allegedly spotted outside the residence of major agency boy group member 'B'
2 days ago   86   102,393