Clarification: My user-posted article is not meant to hate on anyone or any trainee; thus, all the names of users, who expressed their opinions, will be hidden.

Last month, Girls Planet 999 contestant Huening Bahiyyih's fans faced severe criticism as they were accused of "Potential vote rigging" as they raised money to buy SIM cards in bulks to vote for her on the show. Later, it turned out that the pictures used didn't belong to her fandom but rather to another survival show participants, currently Enhypen members, "Sunoo and Sunghoon from I-LAND," and that the fans who actually voted for her using multiple SIM cards received a sponsorship from a telecom company for the SIM cards, as it is a widespread thing in their country.

This situation caused a lot of heat and debate online, as buying SIM cards is the most common way to vote for participants in survival shows history; however, Huening Bahiyyih and her fans received a tremendous amount of hate for it.

Recently, a fandom of another participant on the show uploaded a picture of the bulk SIM cards they bought to vote for that participant. However, they were not called out for potential vote-rigging, and no controversy was made regarding their situation, but GP999 stans considered their action as a" Voting Strategy."

Hueing Bahiyyih's fans commented that they do not wish for any trainee or fandom to receive the backlash they received for doing their best to support their favorite trainee on the show, but at the same time, they expressed how upsetting it is to see the evident double standards they, and Huening Bahiyyih, have to face as it seems like everything is acceptable as long as it does not involve Huening Bahiyyih.

Even some people who don't stan Huening Bahiyyih gave the same opinion as Bahiyyih's fans on this situation.

"This situation caused a lot of heat and debate online, as buying SIM cards is the most common way to vote for participants in survival shows history"

Silly me, I thought voting with your own freaking phone was the normal way to vote.

She gets a lot of hate she doesn't deserve because she got a lot of hype she didn't deserve, and people want to balance the scales. Her fans will deny it to the end but she definitely got more attention and support than other girls because of her famous brother. But she wasn't chosen for Top 9 by the judges and she's not in it by voting either. Because people can see now that's okay, maybe even "pretty good" but she's not one of the best.

AKP BUZZ
Kim Jong Un's daughter has been allegedly spotted on North Korean TV, and she is quickly becoming a viral sensation in South Korea for her adorable visuals
2 hours ago   19   5,324 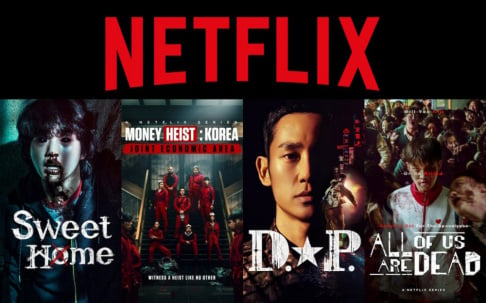 #BlinksCyberBullying trends on Twitter as K-pop fans call out the toxic fans for constant cyber bullying and doxxing
2 days ago   203   38,648

Social media post of parents burning all of their daughters K-pop merchandise goes viral
3 days ago   148   246,235